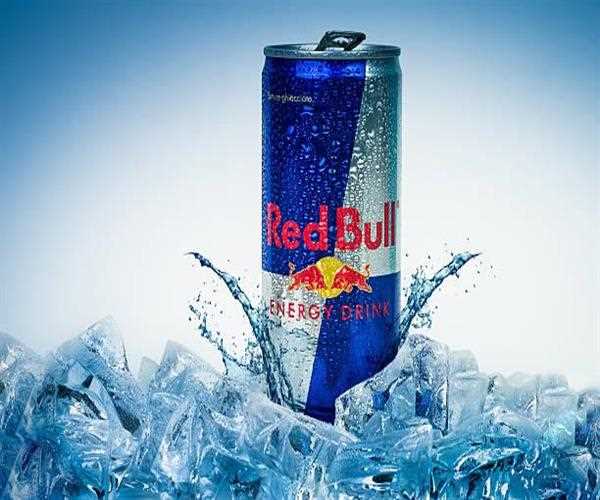 Brief the marketing strategy of Redbull

Red Bull is one of the most recognizable energy drink brands in the world. But it’s not just their product that makes them stand out – they have a highly successful and innovative marketing strategy that has been hugely successful since the brand launched in 1987. In this article, we’ll look at how Red Bull uses their marketing strategy to build their brand, increase sales, and maintain their position as a leader in the energy drink market. We’ll discuss how they use traditional and digital methods to achieve their goals, as well as some of the creative campaigns they’ve employed over the years. Let’s get started!

Redbull was founded in 1984 by Austrian entrepreneur Dietrich Mateschitz. The company's first product was a energy drink called Krating Daeng, which was popular in Thailand. Mateschitz noticed the potential of the drink and decided to create his own version of it, which he called Red Bull.

Red Bull quickly became a global phenomenon, thanks in part to its aggressive marketing strategy. The company sponsors extreme sports athletes and events, and also uses viral marketing tactics to generate buzz about its products.

Today, Red Bull is the world's leading energy drink, with sales in over 165 countries. The company shows no signs of slowing down, and continues to innovate with new products and marketing campaigns.

Price: Redbull charges a premium price for its product. This is because the company invests heavily in promotion and marketing, which drives up the cost of the product. However, Redbull feels that its product is worth the premium price, as it provides consumers with a unique energy-boosting experience.

Promotion: Redbull's promotion strategy is aggressive and omnipresent. The company sponsors extreme sports events and athletes, and its ads are often seen in high-traffic areas such as subway stations and Times Square. In addition, Redbull has a strong social media presence, with millions of followers on Facebook and Twitter.

Place: Redbull is widely available, sold in over 160 countries worldwide. The company has also invested heavily in point-of-sale marketing, making sure that its products are prominently displayed at convenience stores and gas stations.

Product: Redbull's flagship product is its energy drink, which contains caffeine, taurine, and B-vitamins. The company has also expanded into other areas such as nutrition bars and sports drinks.

Redbull is an energy drink that was created in Austria in 1987. It contains caffeine, taurine, and B-vitamins. Redbull is sold in over 167 countries and has a 42% market share of the energy drink industry.

Redbull has been incredibly successful in marketing their product and have become one of the most well-known brands in the world. Their unique marketing strategy has allowed them to stand out from their competitors and maintain a loyal customer base.

When it comes to pricing, Red Bull follows a premium pricing strategy. This means that the company charges a higher price for its product than its competitors. However, Red Bull also offers a variety of promotions and discounts that make its products more affordable for consumers. For example, the company often offers coupons and rebates that can be used to reduce the cost of purchasing Red Bull products. Additionally, Red Bull has a loyalty program that rewards customers for their repeat business.

In order to ensure that its product is consumed by as many people as possible, Red Bull has adopted an aggressive marketing strategy. It has been estimated that the company spends around $3 billion dollars on marketing annually, which is more than what it spends on ingredients for its energy drink products!

A large portion of this marketing budget goes towards sponsoring various sporting events and athletes.

This allows the company to reach a wide audience and associate its product with an active lifestyle. In addition to sponsoring events, Red Bull also creates its own events such as the Flugtag and Air Race.

These events help to further cement the brand's image in the minds of consumers.

Red Bull also employs a number of other marketing tactics including guerilla marketing and product placement.

For example, the company has been known to hand out free samples of its energy drink at nightclubs and concerts. It has also been able to get its products placed in popular movies and TV shows.

All of these marketing efforts have helped to make Red Bull one of the most recognizable brands in the world.

Redbull is a global company that sells energy drinks. The company was founded in 1987, and it has been headquartered in Austria since 1997. Redbull's products are sold in more than 165 countries. In 2019, Redbull generated a revenue of 7.5 billion euros.

Redbull's marketing strategy is built around the idea of 'functional benefits.' That is, the company promises that its products will improve consumers' physical and mental performance. Redbull's slogan is 'Red Bull gives you wings.'

To support its claims, Redbull sponsors extreme sports athletes and events. The company also creates content to highlight the benefits of its products. For example, Redbull has produced videos featuring people who have used the drink to stay awake for days or weeks at a time.

Redbull's marketing strategy has been very successful. The company has achieved high levels of brand awareness and customer loyalty.

In order to connect with our target market, we must understand who they are and what they want. Redbull's target market are young adults, aged 18-34, who are active and seek new experiences. This group is always looking for ways to improve their performance and feel more energetic. They are also early adopters of new technology and trends.

Redbull's marketing strategy should focus on creating content that resonates with this target audience. We must show them how our product can help them achieve their goals. We must also be active on the channels where they spend their time, such as social media and online forums.

A SWOT analysis is a common tool used by businesses to assess their strengths, weaknesses, opportunities and threats. It can be helpful in determining what direction a company should take in order to remain competitive and successful. The following is a SWOT analysis of Redbull:

-Redbull has established itself as a leader in the energy drink market.

-It has a strong brand identity and is recognized globally.

-It has a loyal customer base.

-Its products are available in over 165 countries.

-The company is facing increased competition from other energy drink brands.

-Its products are high in sugar and caffeine, which could pose health risks.

-It has been criticized for its marketing practices.

-There is potential for growth in the healthy energy drink market.

-Redbull could expand its product line to include new types of drinks.

On contrary, Red Bull has become a global phenomenon by using innovative marketing tactics such as sponsoring extreme sports events and creating campaigns like 'Red Bull Gives You Wings'. Its long-term success is a testament to its ability to create powerful, lasting impressions with its target audience. By continually listening to and responding to consumer feedback, Red Bull's unique approach has made it one of the most recognizable brands in the world. With an ever-evolving strategy that caters specifically to its loyal customers, Red Bull shows no signs of slowing down anytime soon.

marketing strategy redbull history of redbull four ps price product promotion place target market competitive analysis
0
2
116
0
Written By
Drishan Vig
I am Drishan vig. I used to write blogs, articles, and stories in a way that entices the audience. I assure you that consistency, style, and tone must be met while writing the content. Working with th . . .