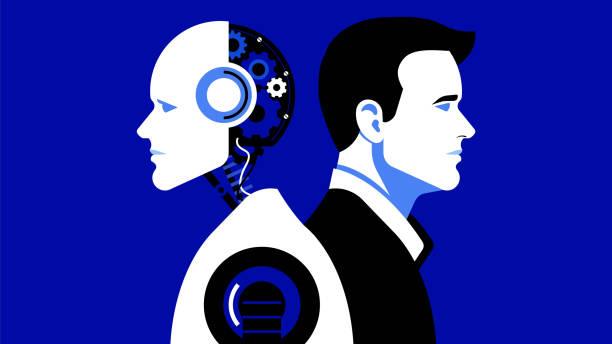 Which is best God made “Humans” or Human-made “Robots”

In today’s world, the debate of which is better—God-made humans or human-made robots—has become increasingly popular. In one corner, you have those who believe that robots cannot match humans in terms of creativity and emotion; while in the other, you have those that think robots can provide faster and more accurate solutions than humans. So, which is better? It’s a difficult question to answer as it depends on many factors. In this blog post, we will explore both sides of the argument and provide our own opinion on which is best: God-made “Humans” or Human-made “Robots”.

How Robots are made

The debate- Humans vs Robots

There is a debate that has been going on for some time now, and it seems to be heating up. The debate is between humans and robots. Some people believe that humans are the best beings that have ever been created, while others believe that robots are better. Here are some of the reasons why people believe each side:

1) Humans are more intelligent than robots.

3) Humans have free will, while robots do not.

4) Robots can be programmed to do anything that they are told, while humans have the ability to think for themselves.

5) Robots do not have feelings or emotions, while humans do.

6) Robots can be built to be faster, stronger, and more durable than humans.

7) Humans can create and build robots, while robots cannot create or build humans.

Pros and Cons of each

There are pros and cons to both humans and robots. Humans are living, breathing beings that can think, feel, and experience a wide range of emotions. They are also capable of making their own decisions, which gives them the ability to be creative and independent. However, humans are also fallible creatures that make mistakes and can be easily influenced by their emotions. Robots, on the other hand, are machines that follow instructions precisely. They do not get tired or make mistakes, but they also lack creativity and independence. In the end, it is up to the individual to decide which is best for them.

The question of which is best - God-made humans or human-made robots - is a difficult one to answer. On the one hand, humans are unique creatures with emotions and free will, while on the other hand, robots are capable of performing complex tasks without tiredness or error. In the end, it depends on what you value most in a creature. If you value creativity and emotion, then humans are the best choice. If you value efficiency and precision, then robots are the better option.

Ultimately, whether humans or robots are best is a subjective question that depends on individual preferences and needs. What we can be certain of however is that both have played an important role in advancing technology and humanity to where it stands today. God made humans with the capacity to create artificial intelligence while also having the ability to think critically and emotionally. On the other hand, human-made robots provide us with precise tasks which can help save time, money, and resources. Both humans and robots alike bring valuable contributions to our lives; therefore ultimately there can be no definitive answer as to which one is better than the other.

science and technology history of robots robots are made debate- humans vs robots pros and cons of each
0
1
120
0
Written By
Drishan Vig
I am Drishan vig. I used to write blogs, articles, and stories in a way that entices the audience. I assure you that consistency, style, and tone must be met while writing the content. Working with th . . .