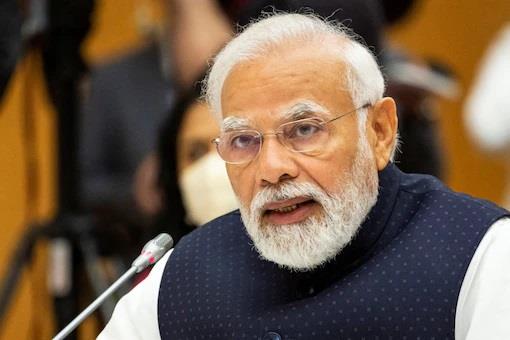 India's growth towards a superpower under the BJP government

In order to build an India that is self-sufficient in all respects and where all facets of society have access to the necessities of life, Prime Minister Narendra Modi-led BJP administration set out on their mission in 2014.

PM Modi initially took the oath of office eight years ago. His catchphrase was 'sabka saath, sabka vikas,' and he had assured the populace that their 'ache din' was near.

The administration made it clear from once that development and expansion would be their top priorities. In light of this, it aimed to grow India's GDP to $5 trillion by 2024–2025.

Demonetisation, the introduction of the goods and services tax (GST), the Ujjwala Yojana, the Jan Dhan Yojana, and many other reforms and policies were then implemented through a variety of legal and regulatory changes.

After winning a second term in office in 2019, the administration resumed its mission by enacting a number of economic reforms. It had no idea, though, that the epidemic and, more recently, the geopolitical crises were poised to disrupt its path.

The strain from both of these forces has caused economies all across the world, not just India, to collapse. Due to the invasion of Ukraine by Russia, the global supply chain has been impeded and critical commodities' prices have risen to all-time highs.

Because the conflict occurred while economies were trying to recover from the global economic downturn that had hampered commerce and industry during the previous two years, pushing nations to experience one of their worst crises ever, every economy is feeling the effects of the war more keenly than usual. To lessen the effects of such a rare circumstance, the government has been taking a number of actions. But before things return to normal, it will take some time.

The eight successful years of the Modi administration have been a path toward creating a 'new India.' The new India is a powerful, adaptable, competent, and atmanirbhar nation.

Some of the most challenging moments, such as the coronavirus epidemic and the Russia-Ukraine war, occurred under the Modi administration, but thanks to the strong and decisive leadership of the prime minister, India valiantly and unified overcame these obstacles. Both of these incidents significantly affected global economic activity.

India is one of the several nations still battling the pandemic's aftereffects today. However, we were able to fight it to a great part because of the pm's prompt actions through good policies and programmes.

To lift 135 crore Indians out of despair and hardship, the prime minister devised the atmanirbhar yojana. The strategy revitalised our economy and demonstrated to the rest of the world how to seize chances despite hardship. Our economy received a fresh lease of life with the 20 lakh crore package provided by the Atmanirbhar programme. Despite the epidemic, it made sure that India's economy remained the best-performing one. India is now the sixth-largest economy in the world, and we have improved since 2015, moving up from 142nd to 63rd on the Ease of Doing Business ranking. India is now the world's top investment location.

India is on the road to becoming an economic giant, on the solid foundations of its independence, under the leadership of the prime minister.

The PM has placed a strong emphasis on inclusive growth, which meets the needs and ambitions of all societal segments, from the very beginning of his administration. However, the well-being of the most impoverished people serves as the foundation for all of his policies and programmes. The Jan Dhan Yojna, introduced by the Modi administration in 2014, helped millions of impoverished people get access to the economy. The government is defined by the Sabka Saath, Sabka Vikas philosophy, whose aim is to make sure that the people at the bottom of the development pyramid benefit from government policies and programmes.

In addition to empowering the underprivileged and weaker groups, programmes like Ujjwala, Ayushman Bharat, Mudra, PM Kisan-Maandhan, Swachh Bharat, Saubhagya, PM Awas, and DBT have helped close the gap between the wealthy and the rest of society. The Modi administration has been distinguished by the scope and success of these programmes. Since Independence, the underprivileged and members of disadvantaged groups have never really had a voice in governance.

One of the highlights of the Modi administration has been its intense focus on national security while pursuing a zero-tolerance approach to terrorism. As a result, unlike past Congress regimes, the Modi government reacts to terror assaults by carrying out airstrikes and surgical strikes on terror camps beyond international boundaries. A strong and resolute administration is responsible for this real change.

We were frequently experiencing a scarcity of weapons and ammunition during the previous Congress administrations, but under the Modi government, we have achieved complete self-sufficiency. In addition to supplying our military forces with the most modern equipment, we are also enhancing local production to do so.

Modern jets like the Rafale protect our borders now, and the S-400 missile system has improved our defence system. India, which once depended largely on foreign imports for its defence needs, sold military hardware worth more than Rs 10,000 crore in 2019. By 2025, we hope to surpass Rs 35,000 crore. All of this is feasible because, for the Modi administration, putting the 'Nation First' comes before politics when it comes to national security. The integrity and security of our country cannot be compromised.

The prime minister has heightened awareness of India's relevance and significance across the world. He has given India its proper place in the international system. India's standing has improved as a result of everything from educating the world about the effects of global warming to demonstrating how to handle the corona issue. The PM has also demonstrated to the world the diversity and depth of our wonderful culture by taking advantage of numerous international platforms. The result of these efforts is that yoga and Ayurveda are now widely recognised.

People have steadfastly supported the PM's call for the Swachh Bharat Abhiyan, given up their right to get LPG subsidies, and supported demonetisation and the lockdown.

After World War II, the United States and the Soviet Union were the first two countries to be referred to be superpowers. India is seen as an up-and-coming powerhouse that has the capability but lacks the political will and execution to realise its promise.

India's economy ranks third in the world by purchasing power parity and is the seventh-largest by nominal GDP (PPP).

India is the world's second-largest producer of food behind China, with an annual growth rate of 9%. Gross income from the food industry is USD 69.4 billion.

India now boasts one of the greatest IT industries in the world, and it is growing. India is now being referred to as a technological superpower. It is regarded as the world's office and is at the top of the services sector. This is mostly because there is a sizable pool of inexpensive, highly trained English-speaking workers available.