The accomplishment of independence did not bring in an era of national progress and development free of social violence, contrary to the dreams of India's political leaders. Crisis after crisis has erupted, each one threatening to destabilise Indian national life and politics.

For a few days, India has been on the scene of several violent protests. With the Indian farmers’ protest, Kashmiri protests and lockdowns, Hindu-Muslim protests including the hijab row and recent outcry on Prophet Mohammad. These protests are the result of some actions or saying of the government. One such action led to the current violence in the nation.

The Union Cabinet made a historic move by authorising an enticing recruiting plan for Indian youngsters to serve in the Armed Forces on 14th June 2022, which has been named AGNEEPATH. Agniveers will be the name given to the youngsters chosen through the Agneepath programme. The Agneepath initiative is a recruiting programme for those below the rank of an officer to send healthier, younger personnel to the front lines. With the launch of the Agneepath Scheme, a window of opportunity for young people to serve their country for four years has opened up.

The Agneepath Scheme is a move that has been taken to recruit 46,000 personnel to the Indian Army, Navy, and Air Force. The admission under the Agneepath Scheme would be for four years at first, during which time the recruits would be taught the needed abilities by the armed services. Following four years of service, based on merit, desire, and medical fitness, 25% of the Agniveers will be kept in the regular cadre. They will then be re-elected for another 15-year term. While the remaining 75% of Agniveers will be demobilised and given a 'Seva Nidhi' package and will return to society as a disciplined, vibrant, motivated, and talented workforce, ready to work in different industries and pursue their professional goals. The Agneepath recruitment strategy is a game-changing effort that will give the military a more young look.

The scheme has been widely protested throughout the nation. People took it upon themselves to let the Government of India know their disappointment and rejection of the scheme by protesting, breaking, thrashing, and lighting things on fire. Some of the states that see the most violence include Bihar, Uttar Pradesh, Telangana, Madhya Pradesh, Haryana etc. The protests have been exceeded so much so that a Bharat bandh has been called on 20th June 2022. Earlier, a one-day bandh was declared in the worst-affected states of Bihar and Jharkhand.

The nationwide bandh was scheduled today at a time when the three services clearly said in a joint news conference a day earlier that the Agneepath army recruiting programme may be altered but not withdrawn. 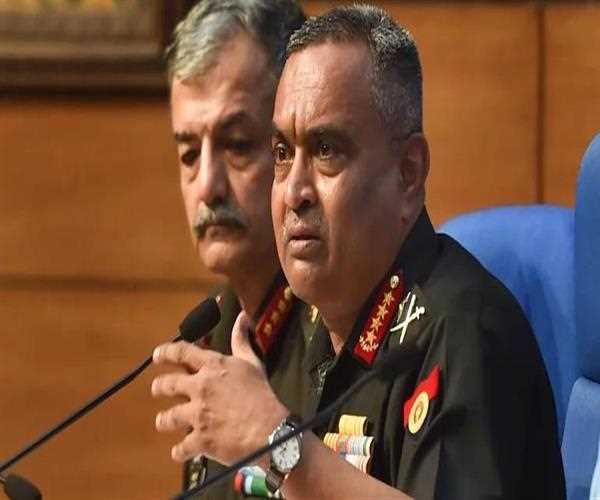 The Bharat Bandh's impact may also be witnessed in Bihar. Normal life has been disrupted in several parts of the state over the previous five days owing to violent demonstrations. Following violent protests against the Agneepath programme and the announcement of the Bharat Bandh on Monday, 350 trains in Bihar will stay cancelled on Monday, and mobile internet services will be blocked in 20 districts. During the day, trains in Bihar have been suspended.

Riots, picketing rallies, and arson against the central government's Agneepath programme have caused significant damage to the railways. As a result, East Central Railway only runs trains in Bihar between the hours of 8 p.m. and 4 a.m. A considerable number of RPF, RPSF, and GRP troops were deployed onboard trains at this time. Some long-distance special trains operate at night for the convenience of travellers stuck at various terminals.

Protesters in Palwal, Haryana, yelling 'arthi ya vardi' and including 'anti-social elements,' according to police, held the entire city hostage. 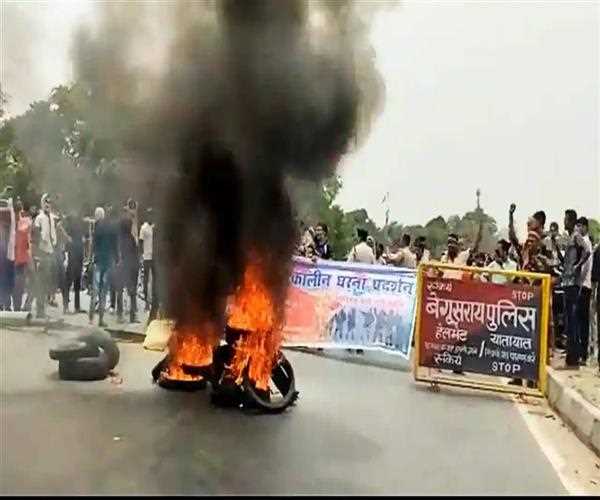 While protests and demonstrations are supposed to help people express their opinions, they might not always be peaceful and are misused by people for their agenda. Violent protests ultimately lead to damage of properties, goods and vehicles, both public and private for which eventually the people only will have to suffer and pay the price. People die during these protests, not only civilians but also policemen.

Another result of these protests is injuries. People can get severely injured or may also die. While the others won't care about it, it’s the victim's family that suffers.

Damaging public properties is not a solution to the problem. Public properties, like buses, trains etc are for the convenience of the people and destroying them it'll be like destroying our own home and then blaming someone else for it.

While the protests can raise the awareness of the general public on important topics, these protests can be very costly. And since the Government wouldn’t want to pay for these protests against them, it is eventually the civilians who’ll suffer and will incur these costs, maybe through taxes etc.

Maybe after these protests Government might agree to people’s demands but what about the lost lives? Can anyone bring them back? What about the damage incurred to our country and our homes? The public transport that are for the convenience of people, for us, what about them? Who will pay for them? Is it not our duty and responsibility to take care of these, the transport and the lives of the others? Is it not our responsibility to treat our country like our own home and take care of it like that. And killing people? Do others’ lives matter so little that we, in our rage, can kill them and not even feel remorse about it? It's not the protestors who suffer from their death, it's their family, and what if the person is the only earning member of the family? Killing your countrymen is like killing your family member. How can someone live with that?

Protesting is not wrong but we must make sure that these protests do not cost us the lives of others.