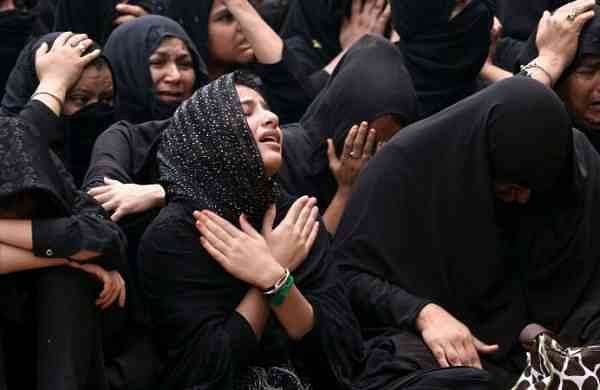 Why Muslims in Kerala leaving Islam?

We must have heard this many times that people change their religion or give up their religion which they have got since childhood, but this is the first time that such a large number of people are converting their religion. Muslims in Kerala are renouncing their religion, Islam. And it has happened for the first time in the country that for all these people who have given up Islam, an organization has been formed. Earlier it used to be that all those people who renounce their religion had to choose one religion but now it is not so, all those Muslims in Kerala who have given up Islam are a group of Kerala. Opportunity to live in 'Ex-Muslim' has been provided to them. And it has also been decided to celebrate 9th January as 'Kerala Pre-Muslim Day'. Now if I talk about my views, then I believe that the pre-Muslim movement in Kerala can be seen as a unique historical development. I would like to tell this whole issue in one line in our country what is acceptable matters more than what is legal. And in our country and society, the acceptance of society is much above the will of an individual and the rules of law.

As far as apostasy is concerned, Islam has some distinctive rules. Unlike other religions, Islam provides for the death penalty for renouncing the religion. India is a democratic country and apostasy by an individual is not such a big issue in the 21st century. But the society does not accept this. If we talk about Islam, then there are many Islamic countries where people who give up religion have to face punitive action.

Our country India is called a secular and democratic country, even if a Muslim person renounces Islam, then he is intimidated by all kinds of tricks, and not only this but his ideas and principles are also criticized. Those people who are called the defenders of religion, violate the human rights of the person in the name of religion and always keep their rules above the life and decision of a person. If you lack information on this subject, then let us tell you that if a person renounces or converts to the Muslim community, then he should be excommunicated from the family, forcing the husband or wife of the apostate to take divorce, the apostate is forced not to visit his children, obstructing marriage, etc. is surrounded by problems.

This is their own decision, to confirm this, I'm going to tell you the story of Ayesha, a Muslim woman from Kerala, while talking about her apostasy, told that she was in a state of euphoria for almost 10 years. She had hundreds of questions in her mind regarding Islam, after not understanding any clear answer, she read the biography of Paigambar Muhammad a few years ago. And as she continued to read this book, her views on Islam changed. She says that the things written in the book about women trample on their human rights and respect. And that is why she renounced Islam in December 2021, after which not only her family but also her relations with her relatives changed.

This was the story of Ayesha but don't know how many people like Ayesha are there who are unable to express their thoughts freely because Muslim society does not provide this freedom to them.

My opinion on this issue is not just Islam but any religion if it obliges your freedom of thought, which makes you a reason to justify your arguments before you understand the difference between right and wrong. Yes, we should give up that religion. No religion, no person is as important to ourselves as we are to ourselves. So at this point, I do not think that the Muslim community should have such a view that this is a conspiracy of some person because it is the decision of all those people who have given up Islam, should give up religion because it does not match their views.

In our country, in the name of religion, people have created so many differences among human beings that we have forgotten that the importance of any religion is not more important than the freedom and mutual love of an individual.

So according to me, this matter is just a matter of happiness and their own will, nobody should interrupt their own choices.

Hey! This is Shreya Pandey from lucknow. I'm persuing graduation in journalism and mass communication. I'm a content writer and anchor by profession. Here I'll be posting blogs and articles