Rashtrapati Bhawan and Rajpath on 26th January witnessed the prideful celebration of Republic Day, where the different arms of soldiers comprised of Indian Army, Indian Air Force, Indian Navy, and National Cadet Core (NCC), and others have performed the pared and showed the strength of India which includes the 75 Indian Aircraft, Pared of Indian army and Tableau.

26th January is known as the Indian Republic Day which reminds us of the importance of the constitution that was enacted on the 26th January 1949. On the same date in 1929, Congress has announced the declaration of Indian Independence (Purna Swaraj) which was the sign of opposing the British Rule in India. 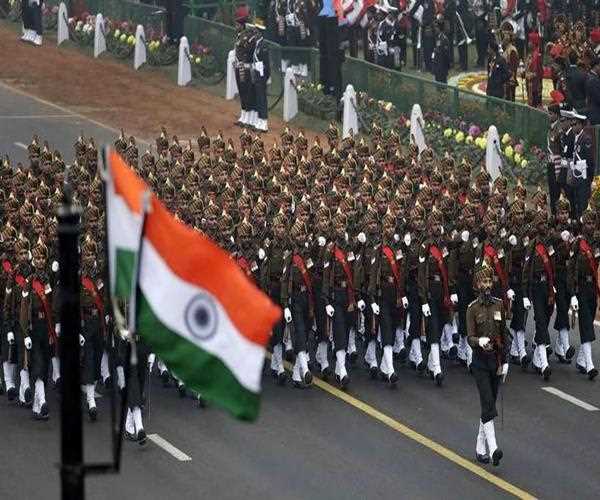 The Indian Republic Day of India is the most famous day in foreign countries and many foreigners come here to see the glory of our India with open eyes.

The celebration also includes the show of Tableaus which represents the unique culture and religious diversity of India but it all remains under the shadow of one flag. The tableaus also include the different types of dance and pictures with it, the tableau of Bengal has the picture of Ravindra Nath Tagore who has given the National Anthem for the country. These tableaus are the unique mixture the different cultures and religions, many people of different communities and localities have worked to enhance the living of the community as Birsa Munda was also endorsed in Jharkhand Tableau.

The three services of India represented India in their way, where the Indian Army has presented the parade in a unique style which includes the Rajput Rifles, Paratroopers, and Cavalry Forces from Rajasthan. Indian Airforce for the first time showed the fly of fighters Aircraft including the Apache helicopter, MIG 30, Jaguar, and most popular Rafale fighters jet was also part of the show. The pared also includes the Nari Shakti in which many female soldiers were the part of the pared in which they showed many aerobic stunts while driving the bike.

The Prime Minister of India, Mr. Narendra Modi was also a part of the celebration who has the unique cap having the maroon color which has been linked to the Uttrakhand state, and also the brown horse who was touched by the Prime minister and President Ram Nath Kovind including the Raj Nath Singh, a central minister.

President Ram Nath Kovind also conferred many awards to many identities of the country for their magnificent work and he also stated that the Duties and Rights are the two faces of any coin and we should respect both and follow them in perfect ratio. 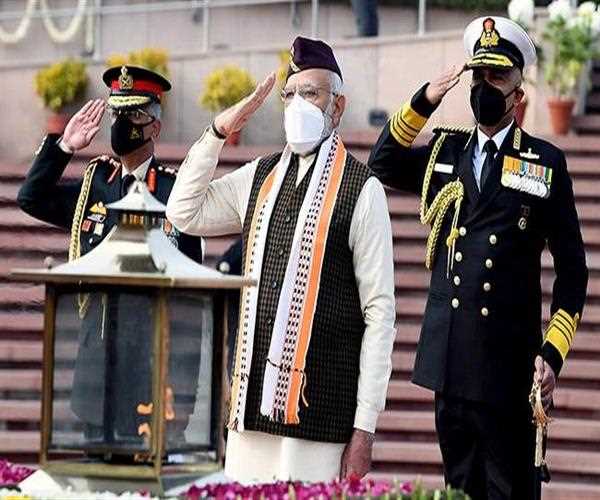 PM Narendra Modi invited the various classes of people from the country including Sweeper, Riksha Driver, Gardner, and many more to the Rajpath and after the celebration, he sit between them for discussion. It was very rare for the country when any Prime Minister showed such a gesture on such a significant day. The activities of PM in Rajpath have been also judged by many political leaders in their method.

Prime Minister Narendra Modi is such a humankind lover as we still remember his peacock and birds loving moment and now the rejecting chair to sit with the Riksha Driver represents the unique behavior of the Prime Minister. With such actions, the PM trying to boost the morale of the lower section of people. PM understands the intuition of such people and he always tries to encourage the people of the nation.

If we compare the previous celebration with the current one then we see the trend of the presentation of the republic celebration is different as in earlier decades it was more focused on the subject of the Importance of Constitution and its implementation but currently it sifted little bit to the representation of Indian Defence Services. This should be again shifted towards the main reason for its celebration as we should promote the importance of our holy book constitution of India.

The celebration of Republic and the Independence days are useless until we do not remember the sacrifice of our Freedom Fighters to achieve this independence and republican fame. A salute to those lions who sacrificed their lives for the Nation.

To read more such Views, tune in to the MindStick YourViews section.

Related View: A 'Pandit' Who Breathed, Lived And Died For 'Bharat'