An Indian Civil Services officer and a university-educated man raged for the freedom of his country. Subhas Chandra Bose truly proved he is a ‘civil servant’ by his astonishing freedom movement in India’s independence.

This is the tale of those times when India was under colonial rule. Bose was a visionary who created a strong army against the British to suppress them. He took nothing for free, and thus, spilled his blood too to gain freedom. He embraced the freedom movement that was gaining ground in India with all his heart and infused his soul with his countrymen. He was the Commander-in-chief of the undivided Indian Army (Azad Hind Fauj) that fought gallantly against the British. An interesting fact about him is found in history archives when he gathered the people, farmers, peasants, businessmen, women, and children for the movement, he created the slogan “Tum mujhe khoon do, main tumhe azaadi dunga”. This encouraged more people to fight for their rights.

Phrases like “Azadi” and “Jai Hind” were coined by him and massively used by the Indian army. Even today, in India’s national anthem, these words find their place depicting the struggles these leaders went through to get us free. Bose is extensively known for his militancy approach against the British. He was repeatedly arrested & released several times on various charges. Just like Bhagat Singh, he too was a devotee of his motherland and couldn’t tolerate the decline of it. Thus, he took a different angle of the picture for attaining freedom. He joined several troops, made alliances with various princely states and their armies, and finally created a national army that fought for the cause. Netaji was their head & their father. He still resides in the heart & soul of the people of India. Despite the fact, that he had been selected in one of India’s most prestigious exams, he gave up the comfortable lifestyle. He's devoted his entire life to framing the correct politics in the country. 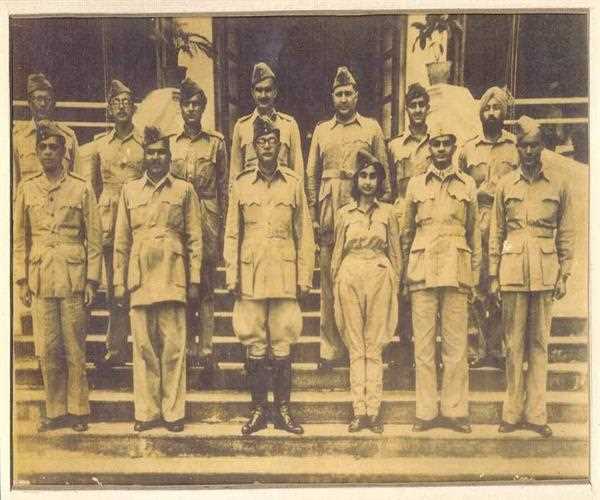 He believed in the philosophy that success stands on failure. So, even after facing failure several times, he got up again and motivated others to fight for what they believe in. Whether it is municipal politics, a common Congressman, the Congress president, the formation of the Forward Bloc, or the struggle of the Indian National Army, he passed every test with flying colors. The then Congress was highly influenced by Bose’s ideals. Now, the Indian Govt. has decided 23 January to be celebrated as Parakram Diwas every year to commemorate his birth anniversary.

When the high court chief justice PB Chakravarti tried to find out the reason for the British leaving Indians by granting them freedom from the British PM Clement Attlee, he responded that it was due to the disloyalty of the Indian Armed Forces (mainly army and navy) with the British. Isn’t it enough to prove Bose’s power? Subhas Chandra Bose led his life with a simple phenomenon and taught everyone the same, “Success may be distant, but it is imperative. “If a person is not obsessed, he can never become great. But he should also have something else inside him”.

In his book Swaraj, the Bengal tiger extensively wrote of the importance of freedom and how it is devised. He left the ICS because he didn’t want to serve under an alien govt. This was his first step towards the freedom movement. The brave hearts of the Indian Army were tied and court-marshaled for treason against the British. It seems easy to speak of one’s rights and freedom, but very hard to deliver. 75 years is not a very long time. It was not even a century ago that several unsung freedom fighters like Bose and other leaders gave up their life so that we could live in peace today.

Think of what would have been India’s situation if this freedom movement never occurred? Bose was one of the foundational stones of Democracy and Defense. He made the people realize exactly why freedom is important. At times, he was considered an anti-Gandhi person. But the truth is, even though some of his thoughts were arguable with M.K. Gandhi they both respected each other. Many conspiracy theories have surfaced since his death. An RTI statement claims that Bose died in a plane crash in Taipei on August 18, 1945. But nobody exactly knows how he disappeared and his death still remains the biggest mystery of India.

The day we lost such a tiger from India was the day of courage-doom. We still hope that someday this mystery would be solved and respectable tribute would be given to the gallant leader.