“Don’t sit like this, you will be body-shamed. Don’t eat too much, you will gain weight. Don’t do this, your caste is low. Why don’t you eat anything, you are so slim?” Body shaming, criticizing, and taunting for physical features has always been an integral part of society. But one boy ‘threw a javelin’ at such mouths. Neeraj Chopra, an Olympic gold-medalist for the 2020 Tokyo Olympics is the one I’m talking about.

Currently, there is no name in India who does not know about Neeraj. But he didn’t become the blessing of thousands of Indians overnight. Earlier than this big achievement, he was also body shamed for being overweight. Even his family encouraged him to go for sports because of his weight. Choosing a sporting career isn’t bad, but the reason behind it was body shaming. But Neeraj didn’t take it as a drawback. Instead, he proved them wrong that sports are played because of talent, not as an excuse for being overweight. This inspiration made him create a record at the Tokyo Olympics 2020 of 87.58 m javelin throw.

Isn’t it high time that we stop judging people based on their physical appearance? If people had seen him before winning an Olympic medal, they would have again shamed his appearance based on his weight. Nobody would have cared then about his talent. But he put to practice and dedication behind his game. To empower himself more, he joined the Shivaji Stadium at first and later, Tau Devi Lal Sports Complex. There he practiced day and night confirming his skill-building. He won many national and international championships for javelin throw. 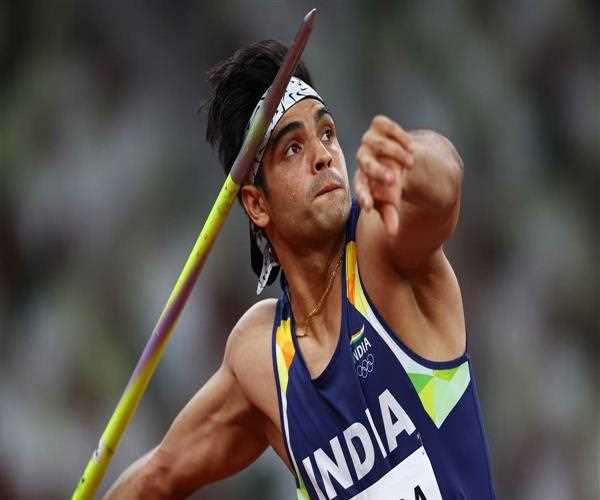 • The year 2014 was his golden luck as he won the first-ever international medal (silver) in the Youth Olympics Qualification in Bangkok.

• In 2015, he received his first medal in a national senior championship during the Inter-State event in Chennai with a throw of 77.33 meters.

• Again 2016 came as a Gold year for Neeraj as he bagged a gold medal at the South Asian Games in Guwahati with a throw of 82.23m.

Owing to such achievements in the sports, the Indian Army conferred on him the direct post of Junior Commission Officer in 2017. Thus, he strengthened the country from both sides- sports and defense. He also got selected in the ‘Mission Olympics Wing’ of the Indian Army which laid the foundation of his Olympics journey. 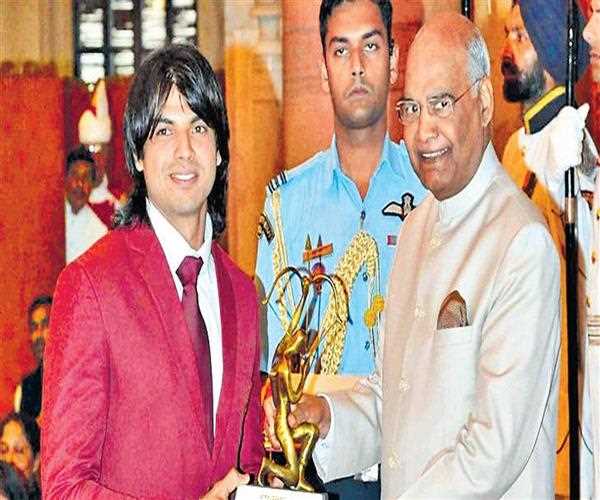 After that, the journey of gold & silver medals continued till 2018 and 2019 in various games like the Commonwealth Games, Asian Championships, sports leagues, etc. Neeraj didn’t stop and so, he was presented with a glorious opportunity- the Tokyo Olympics 2020. In his interviews, he said that he was always eyeing the Olympic Games with his trainers Uwe Hohn, Gary Calvert, and Werner Daniels.

The Tokyo Olympics opportunity got Neeraj the title of India's first track-and-field Olympic gold-medalist. He was successful at bagging the first-ever gold for India in the genre of Athletics. This engraved his name in history. He is also the holder of the prestigious Arjuna Award and Vishist Seva Medal for excellence in the sports category. Neeraj is also a living example of how a commoner could be a historical figure and serve his nation. He put an end to all those mockeries regarding his weight, by his excellence. Being from a decent background and humble beginnings doesn’t mean one cannot achieve greatness in life- only strong willpower is needed. He sets an example for the youth in the upcoming generation, who are easily distracted by the struggles in their lives.