Surely, some years back, we would have said that an orbital flight without professional astronauts into space? Huh? Is it a joke or what? But now we would not say that!
There have been a few space expeditions this year and many other are in line to be launched. SpaceX is launching 4 civilians into space in its Crew Dragon spacecraft. An interesting historic fact is, they would be launching from the same part of NASA’s Kennedy Center in Florida that has witnessed the launch of Apollo and space shuttle missions.

It’s a part of history, in fact, the first all-civilian, all-private mission to space.

They will fly much higher than what Jeff Bezos and Richard Branson did in their Blue Origin & Virgin Galactic flights, earlier this year. It will go even beyond the International Space Station.
This year’s private space enterprises have seen a new era of commercial space travel one by one. They are being praised as well as critically analyzed of how their crew members are traveling.
SpaceX’s spaceflight is dubbed in Inspiron4. It will propel the crew into lower Earth orbit at a height of 350 miles above the planet.

1. Jared Isaacman- the mission commander of the spaceflight. He is the CEO of the billionaire company Shift4Payments and claims to have prior aviation experience too, with an air force training program. He also worked with NASA.
2. Sian Proctor- she is the pilot of the mission. A geoscientist, an artist, science communicator, and a NASA special trainee; she is the 4th African American woman to go to space.
3. Chris Sembroski- he is an aeronautical engineer, an Air Force veteran, and a former US Space Camp counselor.
4. Hayley Arceneaux- she is the youngest astronaut ever, because of being just 29 years old. She is also an appreciable personality because of being a bone cancer survivor and physician assistant. She will also be the first space traveler with a prosthetic body part. 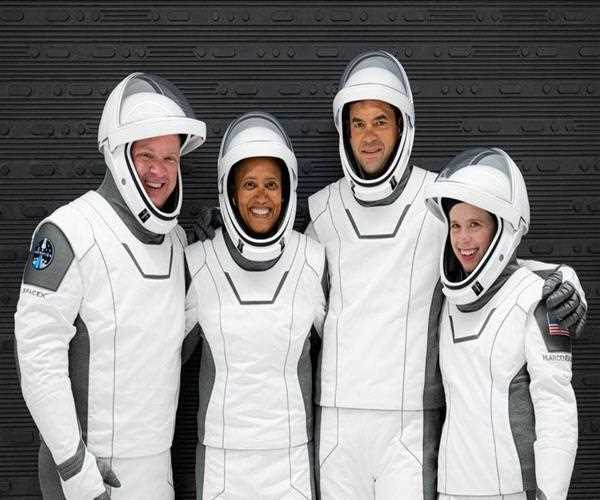 The quartet would be orbiting the Earth 15 times a day. In their mission, they will carry along scientific equipment to study the health effects of space radiation & extremely low levels of gravity.

Spaceflight is going to travel much farther into space than any other private spaceflight has ever traveled. It is a much-appreciated vision to be able to expand the horizon and explore the new beginnings of the industry.

This will be a life-changing experience for everyone on the crew and also the future of space science in the world. They would be able to own a small world from far above and we would anticipate their return with new explorations.
Best of luck!