All India Majlis-e-Ittehadul Muslimeen chief Asaduddin Owaisi has started on his way to winning the UP elections. On one hand, he talks about Constitutional rights and remedies that are ‘secular’ in nature, and on the other hand, he is trying to polarize the votes in the name of Islam.

In his every rally, he is seen playing the victim card regarding the atrocities created on Muslims. They are creating fear among Muslims in the name of votes. Reminding them of ‘beef taste’, ‘triple talaq’, and unfortunate incidents like ‘mob lynching’, he says he is making the fellow Muslims aware of their rights. Stirring up controversies is in his DNA, as sometime earlier he declared that he would not say the slogan Bharat Maata ki Jai. He claimed that nowhere in the constitution has been written to chant patriotic slogans. 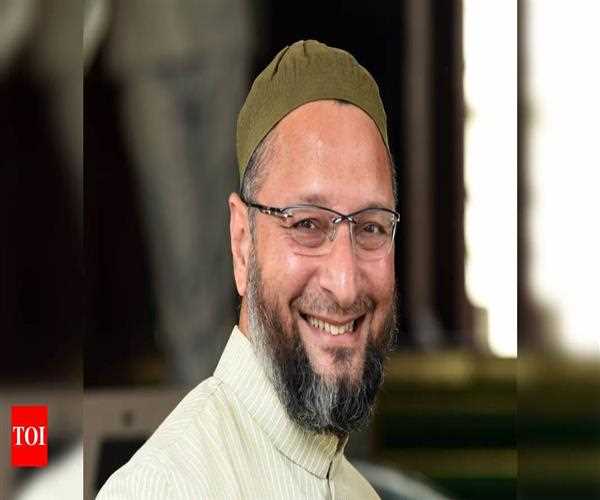 Along with this, he is adamant about giving party tickets to history sheeters and criminals of UP. Ateek Ahmad is the most famous name that tops the list.

Where is the constitutional reminder of Mr.Owaisi now? Isn’t it mentioned in the constitution that for conducting elections inside India, one should have no criminal record?

Along with him, he is also sidelining other potential parties which could gain the Muslim votes, like SP and BSP. SP MP Mr. Azam Khan joined AIMIM in the greed of Muslim votes.

The irony in this situation is, Mr. Owaisi is shouting Constitutional laws in his every rally and thereafter, using the victim card of being a Muslim too. Isn’t this polarization of power?

Also, he is unshakeable in targeting the UP CM, Yogi Adityanath by saying “if you want beef, vote for our party, if you want to end Mob lynching, vote for our party.” He also denied taking the name of the sacred Hindu city of Ayodhya when he was present there at a rally. Instead, he addressed it as Faizabad.

It is common for politicians to ask for votes or demean other parties by giving controversial speeches. But Mr. Owaisi is stuck on the polarization of Muslim votes by sidelining the other two parties who could have that potential to gain their votes. In this way, it will not only benefit BJP but also there would be vast chances of violence among Muslims and Hindus.

He also believes that the Muslim women of UP are suffering like the women of Afghanistan. Thus, according to him, he needs to come to power for their betterment. If not anything, he is simply targeting the grave situation of another country that is in the state of war, with a secular & democratic country like India.

For more views on the Afghanistan-Taliban situation, read YourViews at MindStick.

It is not good to make the people of a community scared & totally against the other communities for seeking votes. They could also do this by directly dictating their mandate and asking for votes.

India is a land of cultural and regional diversity, thus, it is highly notorious if some power is seeking votes in the name of religion.