Social networks in the 21st century have emerged to be quite distinctive in their dynamics. Often we see that the relationships in today’s times have become more of a situational nature. Adding to this, the COVID-19 pandemic has totally changed the nature of already existing relationships.

Emotions closed inside the doors of houses and physical interaction became zero. Therefore, the relationship dynamics with outsiders changed.

After the severe lockdowns were released or even on the internet, people started interacting with each other. But this time, the interactions didn’t seem meaningful- as reports suggested. People either became introverted about themselves or built peripheral ties with others in society. They weren’t interested to connect on a deeper level with each other, neither did they care to create understanding. Their only reason was to communicate with people who seemed interesting. Interest builds curiosity. So, in short, all this while people were engaged in knowing each other only out of curiosity.

These types of people where people hardly know each other but still prefer to meet & greet, are called “weak ties”. This group of weak ties could be an amalgamation of the friends you met online, the pharmacist who interacts with you weekly, or the vendors who sell everyday ration to you. 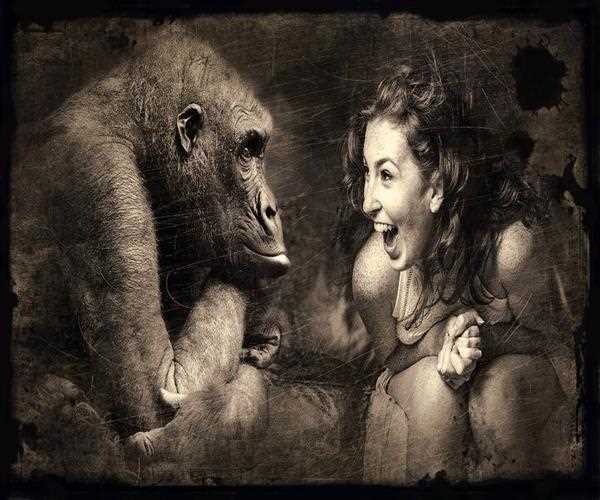 Nowadays, ever since the lockdown has lifted people find pleasure in renewing their weakened interaction-ability. They find pleasure in these circumstantial relationships. Part of the society which existed before but never came to be known of, now became our buddies as we prospered our relationship with them. These types of people are called consequential strangers because they became a part of our life by a consequence (in this case, the pandemic).

People find this after-effect of the pandemic more relaxing than anything else. They get to bring out their emotions on a regular basis. The ability to communicate and meet someone new that was lost during the pandemic is now regained.

Studies have shown that individuals with broader networks consisting of both “meaningful relationships” and “weak ties” contribute to psychological well-being. They tend to live a longer and happier life with physical fitness too because when a cherished family member/friend dies these consequential strangers or “weak ties” could become helpful in developing new relationships.

They are helpful for introverts in an important way because of the absence of emotional complications. They interact more freely and their freedom relies upon the fact that they don’t have to give too much effort. Although not having an emotional connection with the person you’re interacting with could prove to be unpleasant also. This is because whatever kind of relationship you two share would remain shallow and would not grow into a deeper level of understanding. But in the end, it is totally a subjective & personal choice.

People have experienced that peripheral ties like the milkmen, neighbors, mailmen, vendors, etc. have become more important during the pandemic because they were close when no one else was. They would bring out chairs in the evening & gather around with neighbors to just chill & chat because it was easy. Happy bonding was created which wasn’t very deep in emotional terms.

Reports suggest that there are two types of core ties in the socio-cultural dynamics: 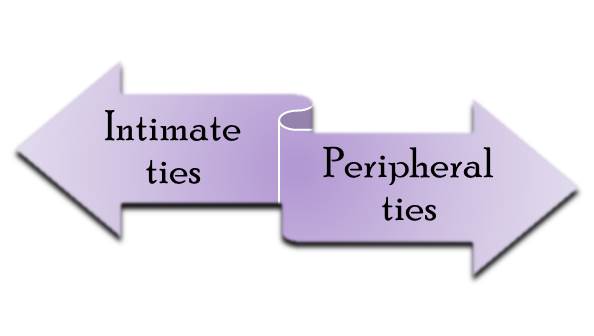 While there is just one core primary tie (supposedly, family) in an individual’s life, there are uncountable peripheral ties. The peripheral ties are also entitled “weak ties”. They differ from intimate ties in terms of emotional stability, the density of interactions, and quality of understanding.

Both of them have their own advantages as close ties are essential for human survival, whereas, peripheral ties enhance life quality by allowing people to flourish in an interactive manner. They provide a sense of familiarity.

When people lose real connections/are far from their intimate relations, casual relations with everyday people may avoid a lot of hazardous situations, like suicidal thoughts, behavioral changes due to lack of communications, caving away from the world, etc.

These times are tough to survive in. The chances bear a low rate of decisiveness but having a few casual relationships with the people around us could keep us sane!

If you ever feel like losing hope over something, talk to someone who is available. Because whether that person understands you or not, communication will make things better in your heart.