Domestic violence had been unfortunately prevalent in the world since very early ages. There have been various incidents over centuries where innumerable people had been on the receiving end of violence that is practiced domestically, i.e., inside the house, in a family.

However, this major pandemic era (from 2019) has increased the rate of domestic violence across the globe, esp. to women, children and in many cases, boys also have been at the receiving end. The countries have been going through national quarantines, border closures, online work, and school closures to reduce the speed of transmission of the disease. The majority population of the world has been under some or the other restriction ever since this crisis. Which means people have gotten more time with their family members. On one hand where there has been rejoice and reunion in various families; on the other hand, many families have seen an alarming rate of a social crisis: Domestic Violence.

“Domestic abuse is acting like an opportunistic infection, flourishing in the conditions created by the pandemic.” 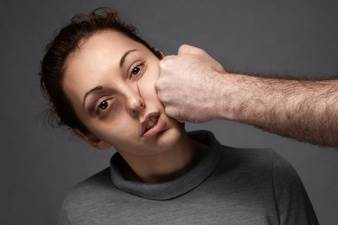 Now that physical and social isolation approach has been adopted by the governments themselves, this has given an opportunity to the abusers of domestic violence to distance the victims from their support network or any kind of help.

Following are some of the reasons of domestic violence:

• As the COVID has laid back the situation financially and economically backwards, the distress of the disease and lack of employment has caused stress among many families, leading to domestic violence.

• It could also be driven with a shift in responsibilities; when the victims have to constantly live with the abusers with no other option at hand, this can cause the abuser to harass them.

• The families have been forced to live and survive together during natural disasters & the pandemic during which there is rarely any time spent in solitude (me-time). This is also a cause of frustration and violence.

How domestic violence has emerged as a crisis: Its impacts:

1. Social Crisis: earlier victims had support network of friends, other relatives, sheltered homes and legal remedies. But now, very few of them are possible to look into the matter which is turning into a crisis. However, a very effective law has come up during recent times by the name of Istanbul Convention- Council of Europe treaty to prevent violence against women across the countries

2. It has a very adverse impact on children; both when they are witnesses or victims of domestic violence. There comes a great responsibility on parents to help and reach out to such children. Increased violence among parents and negative interactions due to lockdown may affect children mentally.