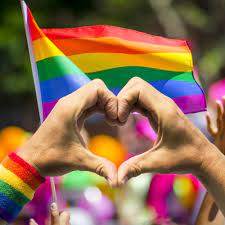 The Madras High Court judge, Justice Anand Venkatesh has passed the judgement today regarding the community and he has said that ignorance is no justification of the problems regarding the LGBTQ+ Community. The community faces many problems like social discrimination, poor healthcare facilities, being looked now upon and yet not being accepted. By embracing the community and accepting their identities, we can learn how to remove many of the limitations imposed by the gender stereotypes on them.

Every year the pride month is celebrated in June and the pride day parade is carried out on 28th June every year.

Justice Anand has issued an order to upload the details of all the NGOs working for the rights of LGBTQ community. Also, any person who belongs to the LGBTQIA+ community faces any sort of issue can approach these NGOs. He said that if we as a society will not only accept but understand them wholeheartedly, then it would be easier for the ministry to work on the laws.

It was also ordered that the NGOs, in consultation with the ministry, should maintain full confidentiality of the victims who approach them, and they should be willing to coordinate with the police (and vice-versa) regarding the issues of the same.

'Ignorance is no justification for normalizing any form of discrimination'

I'm an economics student currently pursuing my masters in the subject. Writing has always been my interest and passion both, so when I found a chance to be a content writer at mindstick.com I took it as an amazing opportunity to start my career with.

We as a society of ever-changing times should leave behind old norms which do not fit into today's modern world and should accept LOVE, in any form that is.

I'm an economics student currently pursuing my masters in the subject. Writing has always been my interest and passion both, so when I found a chance to be a content writer at mindstick.com I took it as an amazing opportunity to start my career with.