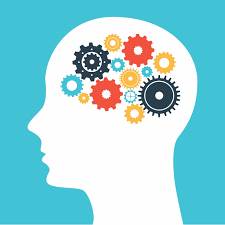 Your Brain won't be the same after reading this !

The brain changes at a very fast pace and many of the researchers have this perception that they have acquired a tremendous knowledge about the brain, but it is not entirely untrue. The myth that we have heard while being young was that the brain after a certain age cannot be changed and thus will remain as it is. This belief has been debunked by brain researchers over the period of time. Even when you are resting and thinking nothing, your brain is actually working. This is the reason we have dreams because it shows us the ways we are dreaming, and our mind is actually working.

An interesting fact about brain was researched which showed that every time a person learns something new, his/her brain changes. Years ago, people thought that after puberty the variation taking place inside of the brain will only be negative. The cells of the brain will start getting damaged and human’s thought processes will start deteriorating. However, with the advancement of techniques, MRI, and multiple research objectives it was found that the brain changes with each and every behavioral aspect. The changes are not limited by the age or any other factor,

The brain changes in three stages in the process of learning:

1) Chemical changes – Brain functions by transferring chemical changes which gives way to action and reactions. Pertaining to the fast characteristic of this change, it actually leads to a short-term change in the brain. After you complete reading this article, your brain might have experienced a chemical change in neurons thereby stimulating a reaction.

2) Alteration of the structure of the brain – These changes are connected to the long-term memory because it leads to an actual physical change in the structure of the brain. While learning any motor skills, initially it appears that the person understood the skill and now can perform the work with ease. However, when the person tries their hand again, they realize that they are not as good as they thought they were. Why did it happen? In the short term there was an augmentation of the chemical changes of the neurons which led to the rapid learning of the motor skill but it did not physically alter the brain. Long term memory take time which did not happen in this case and hence the result.

3) Alteration of the function – The third process of learning is when a person uses a specific region of the brain it becomes easier and more excitable to perform the similar function.

Together the above changes work together and make learning easier and acceptable. Since brain is a very intriguing matter, different behavior changes can lead to different changes in the region of the brain and vice versa. If one single person tries to learn piano, over a period of time the physical structure will change and imbibe the motor skills inside the brain functions.

Exploring new ideas and inculcating changes to bring development in me as well as society. I have always been fond of education, commerce and finance and have been an active participant in national, i . . .