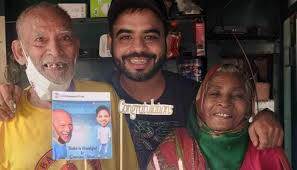 Baba ka Dhaba and a spoonful of Controversy

The fate of an 80-year-old Kanta Prasad, owner of the eatery Baba ka Dhaba changed overnight when a YouTuber Gaurav Wasan uploaded a video of Mr Prasad’s tearful narrative in the times of lockdown. The description of adversities faced by him compelled the YouTuber to urge the people for contribution and donation of money to the elderly man, commonly known as baba, so that his eatery business does not get shelved in desperate circumstances.

The video started trending on the social media platforms with hashtags BabakaDhaba and the eatery received tremendous support, the place got crowded with customers and many others donated in favor of the same. Many people took to the social media to acknowledge that these incidents restore their faith in humanity, how a person in need can get benefitted by a power of a single click. In these tough times where, innumerable people are suffering from loss of jobs, bankruptcy, business debts and educational disruption, a ray of hope is present somewhere.

The irony of the situation came to light when Baba accused the YouTuber Wasan of misusing and misappropriation of funds and, inability in providing the fair details of the financial transactions. To his defense, Wasan took to Instagram to mention that he has uploaded his original bank statement which can be counterchecked and analyzed with his statement.

The crux of the incident.

This incident astonished the people at large because the sole reason of Mr. Prasad’s fame and popularity was the YouTuber’s acknowledgement through his video. And to say the least, he tried to do something that costed him his reputation. Even if the claims of Baba are proved to be correct, people now will think twice before lending a helping hand to the needy. The end sufferers here are neither Baba nor Wasan but those people who might never be able to receive an opportunity to reach the world because of the repercussions involved.

People on social media called baba as another Ranu Mondal because she faced trolls after refusing to click a selfie with a fan after getting a shot of fame. She too, became an overnight sensation after one of her videos went viral on the internet. Music composer Himesh Reshamiya spotted her and signed a deal with regards to her singing in upcoming projects.

The taste of fame and stardom is addictive, people like to believe that there is goodness around the world, but it also comes with repercussions and side effects. Did someone brainwash Baba and fooled him deliberately by claiming that they send more money? or Was Ranu Mondal just in bad mood when the fan arrived. Should we give them the benefit of doubt or not. All these questions are subjective and can be perceived differently by the people. For me, both the acts perhaps have a different side of the story, but we should still be grateful for all the things even if it not enough.