This year, the Nobel medicine prize has been announced. The award has been given jointly to Harvey J. Alter, Michael Houghton, and Charles M. Rice for the discovery of Hepatitis C.

Of these three scientists, Harvey J.Alter played a very important role in research. This top scientist of American origin had discovered through chimpanzee that apart from Hepatitis A and B, there is another variety which is quite contagious and deadly.

Who are this scientist ?

About 85 years old Altar was born in a Jewish family in New York. His career progressed in a very different direction. At first, Alter was very interested in art and took an art degree from New York. After this, Alter suddenly switched to art and joined medical studies. Altar himself did not say why the talented student of art changed his interest immediately.

READ HERE MORE : How Is It To Be A Metrosexual

Alter also proved his talent in medicine. This is the reason why he went ahead and worked at the top position in the National Institutes of Health (NIH) of Maryland. As a research fellow, Alter has been in search since the beginning.

In 1964, he, along with American scientist and geneticist Baruch Samuel Bloomberg, discovered an antigen. Explain that the scientist Baruch, with whom Alter started the discoveries as a young researcher, has also received the Nobel Prize for Medicine.

This discovery, done with Baruch, was very useful in isolating the hepatitis B virus. Only after this, blood transfusions of blood donors began to be examined in the US, due to which the number of hepatitis cases due to blood donation decreased from 30 percent to zero in the seventies itself.

New name given to this type of hepatitis

In the seventies, Altar and his team completely poured themselves into hepatitis research. He found that hepatitis infection is not only due to its A and B types, but there is another type, which is quite contagious.

He did this experiment on chimpanzees and named the new type NANBH (non-A, non-B hepatitis). In 1989, the same NANBH virus was renamed - Hepatitis C virus. And this discovery appeared in the scientific journal Science, after which there was a panic in the medical world. Altar has received many honors for this discovery continuously.

Know what is hepatitis c

It is a liver disease that occurs when infected with a virus called Hepatitis C. It can be spread through unprotected sex, sharing injections for needles and drugs, from mother to child, using the brush, razor or nailcutter of an infected person or needle of a tattoo machine.

It is very difficult to identify its symptoms in the initial stage of infection, but it is also the most important, otherwise, the disease goes on a dangerous stage later. While seriously damaging the liver, this virus can also cause failure or cancer.

Its initial symptoms include not filling up quickly after an injury, loss of appetite, urine-dark appearance, itching, rapid weight loss, and swelling in the legs. These are symptoms like any other disease, so without a complete investigation, the disease does not catch up. Now there is a cure for this serious disease, but its success is determined by which stage the disease has reached.

About 11 lakh 20 thousand dollars will be given to these scientists. The Nobel prize institute said that this year the award has been given to three scientists for their contribution to fighting blood-borne hepatitis. T

The institution said that a large number of people worldwide have cirrhosis and liver cancer due to this hepatitis. All three scientists made a basic discovery in the search for a novel virus, which could identify hepatitis C.

This amount will be distributed equally to all three. These awards were announced in Stockholm city of Sweden, like every year. Other Nobel Prizes will be announced this week. Michael Houghton is from the University of Alberta and Charles Rice Rockefeller University. 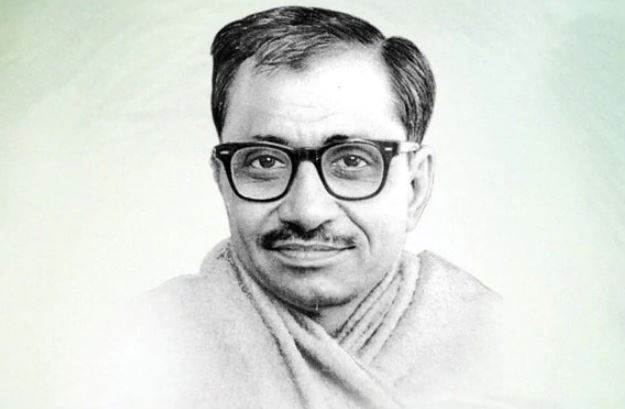 Birthday Special : How Deendayal Upadhyay Lost His Only Election