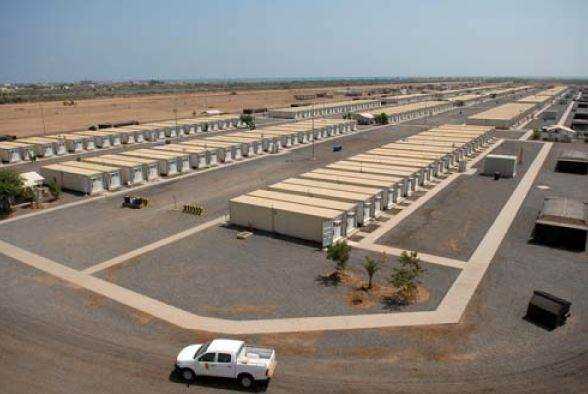 Recently, the Declassified UK revealed that a Kenyan paramilitary force team in the US trended and UK Intelligence-backed Kenya Intelligence on Terrorism in the dark night Attacked and eliminated the terrorists.

In the past month, there have also been reports that how the CIA has come into the lead role in the anti-terrorism operations in Africa under the US African military policies. All of this is not a sudden shock.

To understand this news of Declassified UK, it is important to understand the military activities that have been taking place in Africa for some time. Many countries in Africa are allowing bases of foreign armies.

In such a situation, the Peace and Security Council of the African Union also has these concerns. Despite this, armies of foreign countries are making inroads in the entire African continent. Which countries are making African land their base of strength? And why is India interested here?

According to the latest news, at least 13 countries have built their military bases on African land, including India. The United States and France are carrying out military activities very prominently in this matter, then Digiboti has become the land of the Horn of Africa, where many foreign forces have been deployed. Let's see what this whole scene is.

In the African continent, how the forces of the world are playing power games, the sample of this is that America has deployed 7000 soldiers here. US forces are deployed in places like Uganda, South Sudan, Senegal, Niger, Gabon, Cameroon, Burkina Faso, and Kongo. Not only this, 2000 American soldiers are spread in 40 African countries for separate training missions.

More than 7500 French troops are stationed in African countries. At the same time, China is registering its strong military presence in the Horn of Africa. The Chinese Navy has deployed 26,000 marines here. Italy, Spain, Germany, and Japan also have military bases in Africa's Lemonier.

In Africa, in particular, India has shown interest in the Navy. From the sea of ​​Africa to the Indian Ocean, India has sought to build its military network here to counter the way China is appearing in an aggressive manner.

READ HERE MORE : Why Car Does Not Run On Water ?

India has also built 32 coastal radar surveillance stations in Seychelles, Mauritius, and other locations around Africa while making military deployments in the Horn of Africa and Madagascar.

A direct question arises as to why there is such a military movement in the African continent. It is because of the spread of armed terrorism, rebellion, and the plunder and robbery in the African sea.

In the name of all these reasons, the major forces of the world are claiming to help African countries by building their military base in Africa, but experts are agreeing that the strategy for the future is being prepared hereunder Geo Politics.

On the one hand, in Kenya and Somalia, where the terror is increasing, the pirates in the creeks of Aden and Oman wreak havoc. The United States and China have joined the battle for the supremacy of arms and military power, making these conditions an excuse. Many countries are engaged in this fight under factionalism.

Turkey and the United Arab Emirates are the two West Asian countries that have a significant military presence in Africa. The Turkish army is here to train the Somali National Army and help the Somali Navy, while the UAE army is here to help Eritrea in the fight against Yemen.

In the military supremacy battle that is going on in Africa, Russia is making a presence as an alternative to these two powers. Although after the dissolution of the Soviet Union in 1991, Russia's presence here was negligible, the stir has started again for some time. Since geopolitical success in Ukraine, Syria, and the Caucasus, Russia has greatly promoted arms and military trade with Egypt, Algeria, Angola, Tanzania, Somalia, Mali, Libya, and Sudan.