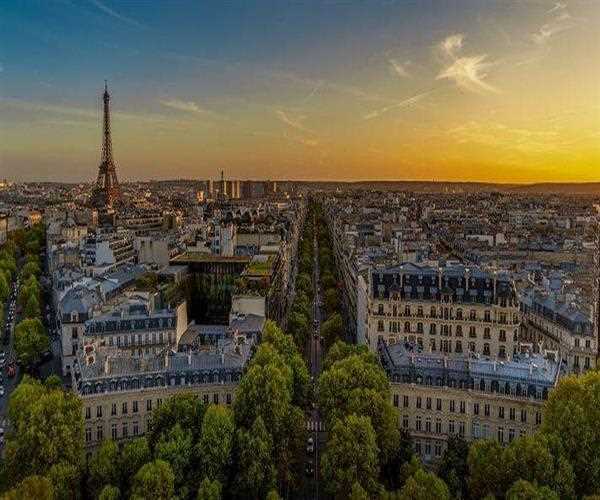 Since Covid-19, when the economic shock was shocking throughout the world, it was thought that what should be done to overcome it. Many big cities of America (US) and Europe (Europe) considered the concept of '15 minute city' as a ray of hope in this direction. On the one hand, the big US cities talked about this concept quite a lot, while on the other hand, Paris announced that it would take steps in this direction.

The city famous for its beautiful streets and place-to-place monuments (Paris) is now going to become a 15-minute city. It is not very difficult to understand what this concept is. The simple meaning of this is that the city will be developed in such a way that more and more things are needed by the city people in just 15 minutes walk or cycle distance. But the plan behind this simple means is very detailed.

Keeping in mind the environment, the effort is to reduce CO2 emissions with the least use of cars and other motor vehicles. According to a report by the World Economic Forum, Paris Mayor Ann Hidalgo said that by the year 2024, every street in Paris, every road will inevitably have a separate lane for cycling and walking.

Not only this, according to N, but the parking lots built on 60,000 roads will also be removed from the city and they will be replaced by greenery or grounds and parks for children to play. Earlier, steps such as prohibiting the driving of cars only on Sundays had been taken. While stating the plan, it was also said that a cycle lane would also be built in Paris, which would be about 50 km long.

The purpose of the city will be 15 minutes, that many basic needs like a hospital, schools, restaurant, office, and shopping can be fulfilled within the minimum distance and people do not travel much. For this, there is a plan to make buildings multi-utility. For example, on weekends, the same building could be used for different work, which is used for the office or any other work throughout the week.

This scheme includes the promotion of local and a sense of pride in the locals. Fueled by nearly 4 lakh corona positive cases and nearly 31 thousand deaths, France has also prepared a plan to make its capital a 15-minute city with a view to reviving the economy. Although Paris is among the first cities to take this step, but not the first.

Yes, Paris is not the first city to execute this concept. Earlier, Australia's flagship city Melbourne has planned to emerge as a 20-minute city and Italy's fashion capital Milan has also started a pilot project for a 15-minute city plan. Many countries of the world have not only agreed to this concept but have also joined it.

Of course. Five cities of India have agreed to adopt this concept of buildings and places with regionalization, common development, and flexible use. These cities include Delhi, Jaipur, Chennai, Bangalore, and Kolkata, which will go on to develop infrastructure in such a way that all the citizens can get a complete and prosperous environment within a distance of 15 minutes.

96 cities of the world agreeing to the idea of ​​a 15-minute city are being known as C40 cities. A quarter of the world's economy and a population of 700 million live in these cities. These cities mainly include cities such as Hong Kong, Lisbon, Medellin, Montreal, New Orleans, Rotterdam, Los Angeles, Seattle, and Seoul.

It is obvious that along with Indian cities like Paris, Melbourne, and Milan, many other cities are also in this group, which are going to adopt the concept of ensuring employment, business, and social activities around the residence.