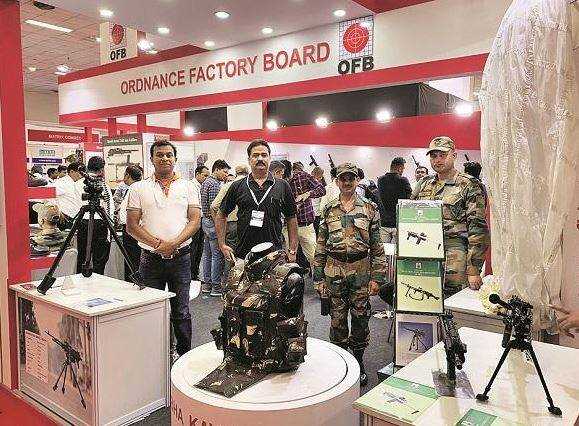 Why Is ''Bhabha Kavach' Important For Indian Army ?

At a time when the forces of India and China (India-China Face-Off) in Ladakh are in a face-to-face situation and the tension may increase at any time, there is a thing of relief for our soldiers.

A Hyderabad-based firm, Alloy Corporation Limited, ie Midhani, has produced a unique military armor with the supply of bulletproof vehicles, which will not penetrate the bullets. This armor not only matches the international standard in terms of safety, but there is also scope to upgrade it.

Yes, Midhani has clearly stated that he is ready to upgrade continuously to make this armor stronger and impenetrable by monitoring the weapons being developed around the world. Also, a large number of such armor has also been supplied. Know how much this armor has and how it proves to be effective for our soldiers.

Since this Kavach is based on the technology of the Bhabha Atomic Research Center (BARC), it is named 'Bhabha Kavach'. This bulletproof jacket is not only normal, but it has been claimed to be effective in stopping the bullets fired from the AK 47. Hundreds of such jackets have been sent to the paramilitary forces of the country.

According to the BARC, this armor is only 6.8 kg, which is much lighter in terms of ballistic proof jacket. This jacket proved to be effective in firing trials at Forensic Science University in Gujarat. Boron carbide and carbon nanotube techniques have been used in completely indigenous armor. This jacket has four stiff safety plates, which provide protection and its carbon-carbon coating also gives it strength.

READ HERE MORE : What is the Sovereign Gold Bond Scheme?

This jacket with very flexible polyethylene layers cannot penetrate the bullets of INSAS and SLR rifles. Along with this type of jacket, a fully customized armor system is also being developed to protect the head, bulletproof helmet, protector bulletproof jacket, along with such a jacket to protect India.

Bulletproof jackets are being made on the scales that the Ministry of Home Affairs has set and conforms to BIS level-6. Midhani says that this is the right time, not only for armor but also with impregnable vehicles as well as other protective equipment useful for soldiers, there is also a plant to be built within the country.

Reports about the vehicles that are effective in dealing with the challenging situation for the security forces say that Midhani has made such bulletproof vehicles, even if the tires are shot, they will still be able to run for 100 km.

It is called run-flat tire in technical language. It is the country's first Isuzu based combat vehicle, suitable for seven forces with weapons, can be used in immediate response and can also be used as a military or escort vehicle to prevent infiltration.

Midhani is building cross-border and defense vehicles as an initiative to make India self-sufficient in defense, according to the report, experts believe that the Ministry of Defense can procure it.