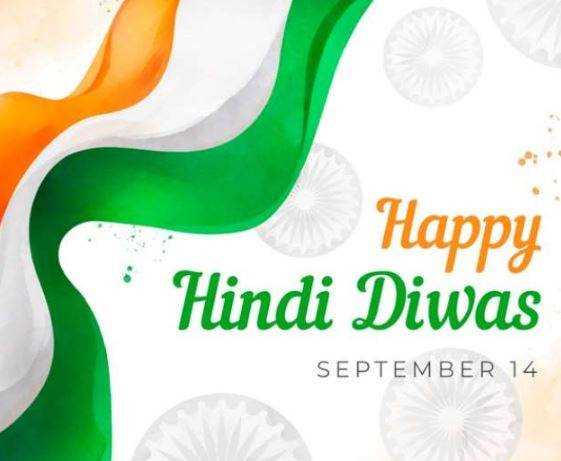 Hindi is the most spoken language in the world after English and Chinese (mandarin); According to the 2011 census in India, 53 crore people use Hindi; 42 percent of Indians using the Internet want content either in their own language or in Hindi; By holding the finger of Hindi, Google is engaged in helping the entire Hindi world.

Hindi literary books in Russia have the highest number of translations; Hindi is the market language for the entire developed world today; The Indians in Mauritius, Trinidad, Tobago, South Africa, Guyana, Suriname, Fiji are carrying on the legacy of Hindi; In Fiji, Hindi is officially given the status of language.

UN News has started broadcasting radio bulletins in Hindi and the United Nations also posts social media content in Hindi on Twitter, Facebook and Instagram; The Government of India has also been trying to give Hindi the official language of the United Nations for the last few years.

It would not be a surprise if Hindi, with such wide influence in the country and abroad, tries to increase its threat in the world and educate and educate more and more people interested in it. After all, China offers all kinds of facilities to its language learners; American leaders have made various efforts to increase the influence of American English in governance and trade.

But why does Hindi have to play its drum on its own land? The reason is that in front of the dominance of English, Hindi is still impoverished in government, administration, industry-trade etc.

READ HERE MORE : Congress Party On The Verge Of Destruction

Speaking English is an aristocratic trait and the British through the English education-initiation rites, think like the British, India's glorious past, indigenous culture, civilization, ethics, rich knowledge-tradition of India, military The class, which considers power, literature, art, archeology, etc. to be ready.

It is not only thriving but is organizing India in the same way as before in governance, administration, education, industry, and trade, everywhere. Although Hindi was made the official language, half of the members of the Constituent Assembly, including Dr. Ambedkar himself, were in favor of making Sanskrit as the official language.

Article 343 also describes that English will be removed from the phased program within 15 years. But this did not happen and there is no possibility of this in the near future. However, the new education policy advocated education in the mother tongue, home-spoken, a local or regional language in both government and private schools at grade 5 and grade 8 or beyond.

But to arrange education in mother tongue or regional language or Hindi so early in higher education after schooling will require a lot of time, preparation, hard work and strong will of the rulers.

The class that carries the British heritage argues that English is not only a state language, but also the language of higher education-research, technology-technical, industry-trade. But Sankrant Sanu, who studied at IIT, Kanpur and Texas Universities and played important roles of engineering and management at Microsoft, has cited many facts that contradict this notion in his book English Medium Confusion, just like the original English speaking class in the world. 5.1 percent while other English-speaking 3.9 percent. The world's 91.5 population is non-English speaking.

Talking about industry-trade, 792 out of the top 1,000 companies in Asia are from Korea, Japan and China. In this context, Sanu has referred to the famous book Deconolizing the Mind by the popular author Ngugi wa Thyongo of Kenya. Theongo discusses the culture and its influence that comes with the language.

This state of always losing gives them a new and different identity, such as being connected to the language of others rather than their own language. There have been many studies on the underlying relationship of language and culture and its impact-ill effects on another country, its language and culture. Instead of Hindi and Indian languages, advocates of English in India probably need to teach these studies and research today.