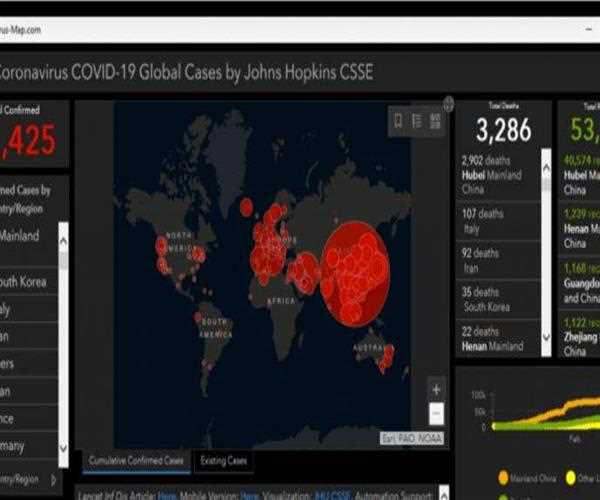 These Countries In Race For Corona Vaccine Via Hacking

There are many countries vying for the vaccine to eliminate corona infection. On one hand, Russia has removed two vaccines one after the other, while the US is claiming to bring the vaccine as soon as possible.

China is also not behind in this matter. According to the news, he has also started giving vaccines informally to his soldiers and government people. There is another competition among all of this - the race to steal the vaccine formula. The situation is that many countries are resorting to hacking for vaccines.

Talking about China, this country has already been infamous for copying. In such a situation, there are also reports that he is hacking for the vaccine. According to a report by Firstpost, the first Chinese hackers tried to hack pharma companies for Coronavirus, which were part of the experiment. If this did not work, the hackers were directly involved in breaking the digital security of the university where the vaccine is being made.

By the way, China is not alone in stealing the vaccine formula. Russia went much further than this. In July, the US, UK and Canada Cyber ​​Security Force said that Russia's APT-29 group is trying to steal the vaccine formula from their laboratories.

Hackers from other countries such as China and North Korea are infamous for economic piracy, while this group from Russia steals ideas from think tanks. In 2014, the first US cyber security firm CrowdStrike accused the group of stealing the idea. It constantly changes its tools and methods to hit the target so that it does not get caught.

United States, Canada, and the UK issued a joint statement that they suspected that Russia was trying to steal important information related to the vaccine.

And he is taking the help of this group for this. The Federal Bureau of Investigation clearly stated that hackers are trying to steal the health data, treatment, and formula associated with the vaccine. However, it is not clear from the statement whether the data has been stolen. In the statement, it was also expressed fear that other countries may also be targeted.

Iranian hackers are also in line. According to the Daily Mail report, the British Institute working on the Coronavirus was cyber-attacked from Iran. According to the report, Britain's National Cyber ​​Security Center has said that incidents of cyber attack on Corona experts and institutes have increased. The center is working 24 hours to fight cyber attack.

America's condition is worst. There Moderna Pharma Company has reached the most advanced stage in the vaccine trial. It is discussed that she will bring the vaccine in November.

Amidst all this, there are constant cyber-attacks on him. For this reason, American intelligence, which usually sees the Russian threat on military fronts, is currently focused on how to prevent Russia from stealing the vaccine formula.

Chinese hackers are working on it in two ways. Under the first method, China, using its power in the WHO, must have got all the information that is necessary to make the coronavirus vaccine. At least for now it is believed. Apart from this, he is trying to break into the research that has gone to the advanced stage. The intelligence agency FBI has also warned Research Labs about this.

According to the FBI, the US closed the Chinese Embassy in Houston because of it. It was through that embassy that Chinese hackers hacked biomedical research.

Now the question arises that when the vaccine is about to come, what is the need to hack it! The answer is simple.

Coronavirus infection is considered the biggest epidemic of the century. In such a situation, whichever country is able to get the vaccine first and bring it to the market, it will become very important politically as well as economically. Another reason is that countries like China and Russia are reportedly looking for shortcuts to make vaccines without putting much resources.