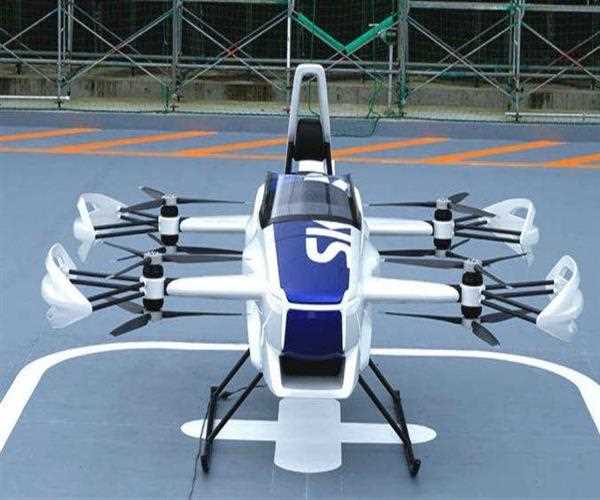 Has Japan Finally Made The 'Flying Car'

Creating a flying car has been a dream of scientists for a long time. Research work is also going on in many countries. So far, only flying cars were seen in fantasy films, but a Japan company has made this dream come true. Not only this, while performing a successful test, a person took a walk while driving it himself.

This flying car from Japan is now in the news. The company named Skydrive has built this car and has also claimed successful testing. This test was done on the 25th of last month. According to the company, this test was done at the Toyota Test Field, one of the most developed bases in Japan. It is said to be the first public demonstration of a flying car in the history of Japan.

The name of this flying car is SD-03. There was a pilot who traveled for four minutes on the field. Company CEO Tomohiro Fukazawa said in a statement, "We are very excited about the achievement of flying the Japanese first man-to-fly car. We have captured this car within two years of the establishment of Skydrive. Its aim is the commercialization of aircraft."

The company says that this aircraft, shaped by two standing cars, is the world's smallest upward-moving electrical vehicle. In this, eight motors have been installed for protection to deal with emergency situations. The company says that this vehicle will be available for sale in Japan in the year 2023. Currently, its price has not been announced, but according to reports, its price is more than 3 lakh dollars.

This is not the first time that such a flying car would have been tested. Last year, a German company tested a flying taxi in Singapore. It was said that this taxi, shaped like a large drone, will revolutionize areas with dense traffic.

Regarding the Skydrive's car, its design director Takumi Yamamoto said, "We wanted to make this car the choice of futuristic, charismatic and future customers." The company hopes that this car will gradually become a part of people's normal life.

Soon, this car will be tested in different conditions so that it can be ensured that this technology is meeting the criteria of the industries. Its separate test is expected before the end of this year.

At the same time, the company intends to continue to develop technology for this car in terms of safety by 2023. Along with the technicalities of flying cars, traffic will also be a challenge.

Regulations will have to be made about where such cars can fly, where not. For the time being, flying in such a car will remain a dream for some time.

Now soon flying cars will also be seen in India. Not only this, she will also be 'Make in India'. Flying car maker PAL-V has announced that it will manufacture its car in Gujarat. This car was introduced by the company at the 2018 Geneva International Motor Show.

The company will start production of this car by 2021. The company has also received advance orders of around 100 cars. These cars will be exported to other European countries including the US. At the same time, the company will also make some cards for the film industry.

The company says that this car will be a three-wheeler, which will have the miniature mechanism of the helicopter. The price of this car is Rs 4.3 crore and the production of this car has started. The first delivery of this car will start from 2021

The body of this car will be of carbon fiber, while the interior parts will be made of aluminum and titanium. At the same time, its weight will be only 680 kg.

This car will need 165 meters to takeoff. The vehicle has rear propellers on top, which can be removed if not needed. The special thing is that with the help of these propellers this car can fly up to a height of 12,500 feet.

Gasoline is required to run this car and the maximum speed of this car is 322 km per hour. On the road, this car can run at a speed of 180 km per hour. The car can seat two people and has a four-cylinder engine with 230 horsepower. It will not feature vertical take-off and landing.