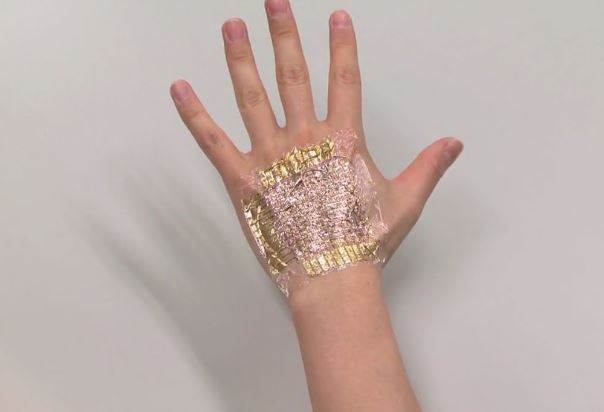 What Is Electronic Skin That Will Work Like Human One

Scientists are engaged in many types of research to develop the ability of humans in artificial ways. For this, robots are being made which can work in such conditions which are not good for human health or where it is not possible to work for humans. Now researchers have created such artificial electronic skin that reacts to pain like human skin.

The development of this new skin is considered to be a huge achievement. In the coming days, it is considered very useful for fields like prosthetics and robotics.

Prosthetics is an area of ​​medical science in which artificial organs are replaced in place of the organs of the people. Apart from this, this discovery can be very useful in the field of changing the face of people with plastic surgery.

This discovery can also prove to be a boon for areas such as skin grafts where people's skin needs to be changed, such as accidental burns due to other reasons. This prototype device has been developed by a team from RMOIT University in Melbourne, Australia. The team says that this skin shows the same sensation towards pain as the human skin shows in pain.

Human skin contains sensitive nerve cells that can feel pressure, temperature, and other sensations that allow humans to feel the environment around them. Scientists have long been trying to develop electronic skin to achieve these capabilities.

This device acts like a quick feedback response near the body and can react sensitively to pain. The most important thing about it is that it responds at the same speed as the nervous system of our brain.

READ HERE MORE : Everything To Know About Poke In Facebook

This pain-sensing prototype is a major step towards the next generation of biomedical technology and intelligent robotics. He said, "The skin of our body is the most sensitive organ which has a very intricately designed system that acts as a quick warning signal when anything is installed."

We always feel sensation through the skin, but the reaction to pain is only at a particular point like touching something very hot or very stingy. Till now, no electronic technology could imitate the sensitivity of human pain in such a real situation.

Our artificial skin responds immediately when the effect of pressure, heat, and cold exceeds a level. This is a very important step towards creating complex feedback systems in the future. These systems will prove to be very useful for prosthetics or intelligent robotics.

Bhaskaran says that in addition to the prototype that feels this pain, his team has built a device using stretchable electronics that can also feel temperature and pressure changes.

This research has been published in Advance Intelligentsystem and its patent has also been applied. It consists of three technologies - stretchable electronics, temperature reactive coatings and ben mimicking memory. With these different adjustments, researchers have made prototypes of heat sensors, pressure sensors and pain sensors.