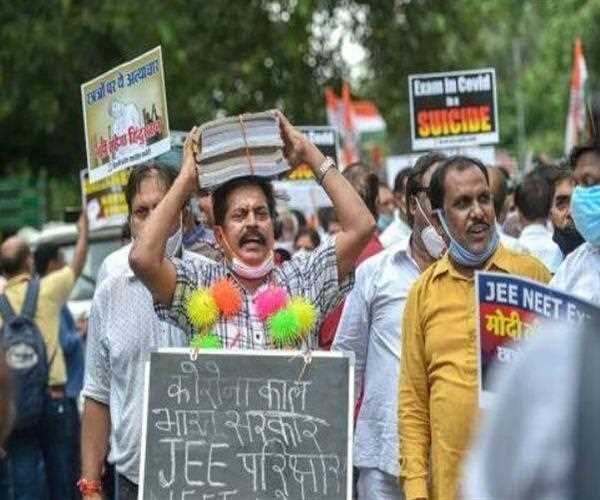 It has been almost seven months since the corona epidemic came to India. See the journey so far since the lockdown in March, while initially there was only one way to prepare to fight this disease, to stay in the house as far as possible, now this idea is changing. The horrors have been controlled to a large extent due to timely correct decisions to prevent the disease.

Currently, its recovery rate is more than 75 percent and India is doing very well compared to other countries in the world in terms of mortality. But full control over the corona is unlikely to be possible in the near future.

Therefore, it is being understood at the level of society and government that instead of being free from corona, one has to make a habit of living with the corona.

The government also understands this and the process of unlocking being done carefully is proof that the government is moving towards running everything properly and now our life is back on track.

In this sequence, the Ministry of Education has decided to organize NEET (Medical) and JEE (Engineering), keeping students from all over the country in no doubt.

There is no doubt that there will be a lot of difficulties in conducting the examination, there may also be a risk of the corona, but with caution, these hazards can be easily dealt with. Keeping this in mind, the government is also preparing and said that the Ministry of Education will be the first priority for the safety of the students.

Students do not have to go very far to take the exam and more than 99 percent of the students have been given their preferred center to minimize the possibility of infection during the journey. Apart from this, complete preparation has been made to follow the physical distance rules at the examination centers.

Meanwhile, protests have also started demanding the postponement of the examination for the time being. Many chief ministers of non-BJP parties have called the meeting and demanded the government to extend the date of examination.

A petition was also filed in the Supreme Court in this regard, but the Court has rejected the application to postpone the examination. Hearing the related petition, the judge asked whether everything should be stopped in the country? The court asked if a precious year of children should be wasted? This comment of the Supreme Court is very important, because it is true that the circumstances are difficult, but will it not waste the entire year of the students?

In such a situation, the number of colleges and seats in the country will remain the same, but the number of candidates will double, due to which a very chaotic situation can arise.

According to government statistics, about 12 lakh students are preparing online from the practice app. Lakhs of parents have written to the Ministry of Education demanding to conduct the examination.

As of Friday, more than 90 percent of the students have downloaded their admit cards. Examination delays will not only mess with the future of students but can also affect their mental state.

The fiercely anti-leftist student organizations of the examination, which are still opposing, but the only government of their ideology, had conducted the examination of KEM (Kerala Engineering Architecture Medical) in Kerala two months ago, in which about 88 thousand students were involved, He did not object to that. Although some students were definitely infected by Corona after that examination, but now all have been cured.

India is not the only country in the world that is struggling with this corona disease. The education system is slowly coming on track all over the world. A new academic session is starting in all developed countries.

Students, there are moving forward in their field of education. In such a situation, if we delay our session without worrying about the future of our students, then we will lag behind globally.

Delays in NEET and JEE will have a major impact on both the major educational and medical disciplines of the world, and if the number of seats increases by some next year, it will be extremely difficult for them to provide proper means.

Therefore, it is better to face a lot of problems in the future than to face the present problem carefully and all the state governments led by the opposition should cooperate in securing the future of the children by not doing politics on this issue. And on the day of exam, if you pay attention to the necessary arrangements for transporting children to the examination venue and to avoid corona, then it will be both in the interest of the nation and student.