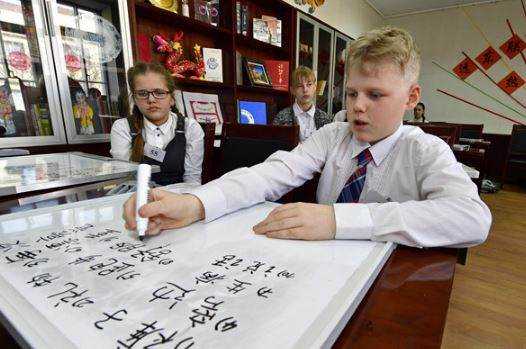 What Are Confucius Institutes ? Decoding Every Bit

Some institutions received a letter on 29 July, asking for all information about Confucian centers (CI) and centers that teach the Chinese language. It was also said in the news that according to this letter issued from the Ministry of Education, the institutes which are running with the cooperation of foreign institutions, are to be fully reviewed.

Since this move of the central government, China's CI program has come under discussion. Do you know what this is and what is its reach in India and the world?

What is Confucius Center?

1172 Confucian centers or classrooms operate in 162 countries of the world. To teach the Chinese language as a foreign language, the National Office of China, ie Hanban, has established centers, which started in 2004 in Seoul.

Hanban comes under the Chinese Ministry of Education and mentions on its website that these centers are important for promoting Chinese language and culture abroad.

How many CIs are there in India?

Confucius centers are running in seven universities in the country. Apart from these, there have been 54 MoUs at the Inter-School Cooperation level with the intervention of China, which are not related to CI, but a review of all these has started. On the website of Hanbain, CI is mentioned in Mumbai University of India, Vellore Institute of Technology, and the Lovely Professional University of India. Apart from these, three CCs are also said to be in three more university institutes in Kolkata, Coimbatore, and Gurgaon.

In order to teach Chinese, ie Mandarin, too many officials in India, the central government has already run training programs with Hanban. Since the violence between India and the Chinese Army in the Galvan Valley on the Ladakh border on June 15, India has changed its attitude with China. According to the report of The Hindu, India has put the mandarin study plan for CBSE schools in cold storage.

Experts are assuming that due to such changes in education policy, China's stand on the border will not make any difference, nor will it help India to deal with China.

There have been reports of some CI closures in the US, Denmark, Belgium, Netherlands, France, and Sweden since January this year. Universities released from Chinese funding in the US have to close these centers under a rule of National Defense. It has also been said that in many countries China is planning a new strategy to branding this program.

In place of the Confucian brand, China now plans to rename Hanban to the Center for Language Education and Cooperation. However, about 550 CIs and more than 1000 CCs of China are still active worldwide.

READ HERE MORE : How Much Indian Is Kamala Harris In USA ?

According to historian Szema Chien, Confucius was born in 550 BC. Happened in His ethnic name was 'Kung'. The Latin form of Kung Futse is Confucian, which means 'philosophical Kung'. He was a resident of the ancient Lu province called the present 'Shantung', and his father 'Shu-Ligaheeh' was the commander of Tseu district.

Confucius was born in his father's old age, who died only after three years of his birth. After the death of his father, his family got trapped in very difficult circumstances, due to which his childhood was spent in great financial disasters.

But he only caused his poverty later, due to his scholarship and skill in various arts. When he was only five years old, his interest in religious rites and various arts was clearly reflected in the games he played with his peers.

At the age of 53, he was appointed as the Governor of a city in Lu State and later also on the post of Minister. As a minister, he emphasized on the improvement of human character in return for punishment. Confucius Confucius gave the message of truth, love and justice to his disciples.

He used to give more emphasis on virtue. He used to inspire people to become humble, benevolent, virtuous and characterful. He used to say respect to elders and ancestors. He used to say do not treat others like you do not want to do with yourself.

Confucius's philosophy of Confucius remains a pioneer for Chinese education even today. Confucius Confucius always spoke of virtue and philosophy. He did not talk much about gods and gods. This religious system was once the royal religion of the Chinese Empire.