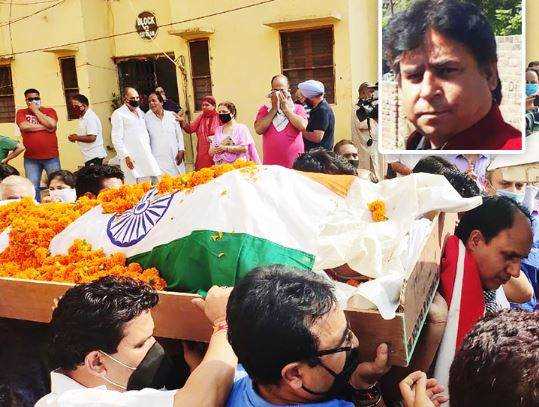 After the dilution of Article 370 the democracy is returning to Jammu and Kashmir and the sarpanch (village head) are playing a substantial role in this by risking their life to death just for the sake of democracy.

August 6, it was reported that Sajjad Ahmad, a BJP sarpanch was shot dead in Kulgam in Jammu and Kashmir. The incident occurred nearly a year after the removal of Article 370. Earlier on June 8 this year, Congress sarpanch Ajay Pandita was also shot and killed.

Some hurt sarpanches said that the dead sarpanch kept demanding his protection again and again, but did not get it till the last moment. According to him, the dead sarpanch was the 19th panchayat representative to be the victim of terrorist violence.

Several elected panchayat representatives also offered to resign after the incident. He said that despite the threats of terrorists, we had participated in the elections on the good initiative of Prime Minister Narendra Modi.

There have been terrorist attacks on panchayat representatives in the valley before. The tragic incident of August 6, 2020, happened just before the completion of one month of the decision of the Jammu and Kashmir Union Territory Administration, which decided that the elected representatives in the municipal bodies and gram panchayats for the protection of democracy would be given a life of twenty-five lakh rupees.

Insurance cover will be given. Due to this, in case of any untoward death of the terrorists, the family's financial security and education, health,and nutrition needs will be fulfilled.

Earlier in the first week of September 2019, when a delegation of panchayat representatives of Jammu region and Kashmir valley met Home Minister Amit Shah and expressed concern over their safety, they were assured that every Panch and Sarpanch facing risks The police will be given police protection against terrorists and they will also have two lakh rupees life protection insurance.

Panchayat elections were held in 2018 in Jammu and Kashmir after a gap of seven years. The highlight of the elections held in 2011 was that up to eighty percent of the voting took place in many gram panchayats. But despite the panchayat tenure ending in 2016, new elections could not be held at the appointed time due to unrest.

The electoral process at different levels of the 2018 panchayat elections was prolonged. But the risks for the elected representatives also deepened. The separatists announced a boycott of these elections. After being elected, panchayat representatives have been raising the issue of security from terrorists for the last two years. There are around four thousand panchayats in Jammu and Kashmir.

Within a year of the panchayat elections held in 2011, more than ten panchayat representatives were subjected to terrorist violence. Whereas it was said that after almost three decades there were efforts to strengthen grassroots democracy through those Panchayati elections.

Undoubtedly, the Central Security Forces can never be sufficient to provide security to the  Panchas. But if sufficient powers, departments, finances, employees, nd village security teams are given to the panchayats to run the actual panchayat government, then the people will be seen to be more shielded by their panchas with more mind and strength.

Panches and panchayats, like most states in Jammu and Kashmir, have not been given all the rights and freedom of planning to which they are entitled. If panchayats are given more rights in the changed situation of Jammu and Kashmir, it can help to reduce separatism in villages and rehabilitate Kashmiri Pandits.

Panchayati Raj can be made a major tool to alienate the common man from terror. The question of security of Panch and Sarpanch is becoming important today not only because of terrorists but also for other reasons.

Especially in gram sabhas where natural resources are abundant, where commercial prices of land are rising, where sand, gravel,or minerals are being mined illegally or where public hearings are sanctioned for big projects. There are also temptations and threats too but sapranchs are doing best as the defenders of democracy.