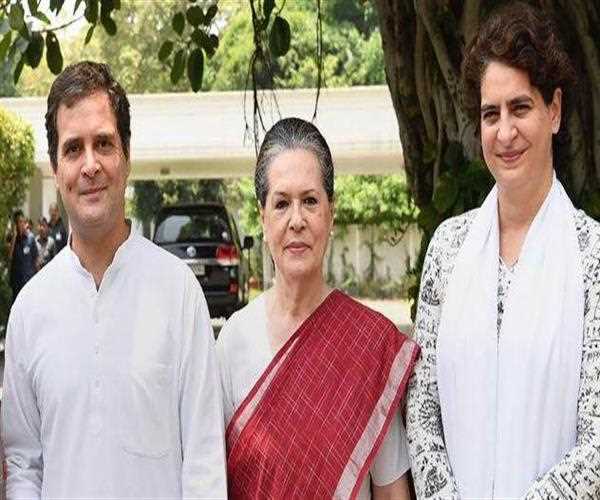 Ever since Rahul Gandhi left the post of party president, there has been a brief discussion in the Congress that efforts are being made to persuade him, or he has been persuaded, or that if not today then tomorrow he will be Have to be.

Apart from this, if there is any discussion or demand, then Priyanka Gandhi should take over as the Speaker.

After more than a year, this is the first time that both Rahul and Priyanka together have made it clear that someone outside the Gandhi family should be the Congress President.

In an interview given for a book, both of them have said the same differently, though these interviews were taken a year ago.

This clarity of both is good but the question is if things are so clear at the top of the party then why is it taking so long for the party to move in this direction? The clues we need to solve this confusion are found in the past of Congress.

After Indira Gandhi became Prime Minister and after the breakup of Congress in 1969, with the formation of her own party under the name of Indira Congress, the dominance of her family members on the party has increased so much that any party working out of its shadow and understanding.

It became difficult to imagine the president. Since then, except for two exceptions in this period of 51 years, the Congress President was either a member of the Gandhi family or a person like Devakant Barua, who had no need to stand apart from this family.

These two exceptions were PV Narasimha Rao and Sitaram Kesari. During the tenure of both, the party appeared to be out of the shadow of the Gandhi family, but the leaders who claimed to be close to the Gandhi family left no stone unturned in laying the thorns in the path of these two.

After being removed from the post, both were marginalized in the party, but also thrown out. In such a situation, even after clarifying on behalf of Gandhi family, it is natural that no one is showing interest in this post.

Obviously, this deadlock must be broken by the Gandhi family itself. It will have to take forward the process of electing a new president in Congress by taking an active initiative on its behalf.

There is no dearth of experienced and practical personalities in this party. It would be better to choose someone who has acceptance not only within the party but also in other streams of movement and politics and who can make Congress the axis of a larger dialogue.

If the party is able to make this change during this critical period, not only will it gain new momentum, but the wider democratic aspirations of the society will also find a new means of expression.