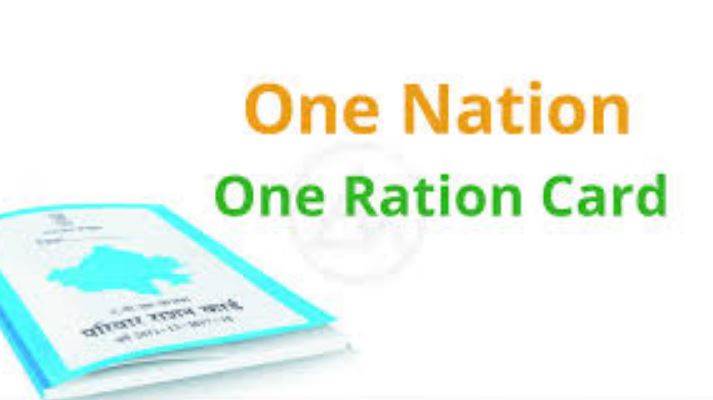 What Is One Nation One Card Scheme ? - Everything To Know

Under the National Portability of the Government of India i.e. "One Nation, One Ration Card Scheme", Prime Minister Narendra Modi in his address to the country mentioned One nation one ration card. He had said that we have dreamed for the whole of India, so it is very important to arrange a ration card for the whole country.

One Nation One Ration Card in India was launched on 4 March 2019 by Union Minister Ram Vilas Paswan on a pilot basis in four states. With the help of this card (one country, one ration card scheme) food items were made available to the migrant workers at a cheaper rate from ration shops across the country.

On May 14, Finance Minister Nirmala Sitharaman also mentioned the One Nation One Ration Card while announcing the economic package. The biggest benefit of this will be to the poor who leave their village and go to another state, district, city in search of employment.

Earlier the rule was that you could get ration in the same district where the ration card was made, if you changed the district then you would not get the benefit. Through this ration card, the poor get easy grain at affordable prices.

READ HERE MORE : How To Fix Your Broken Heart ? : Try Out These Ways For Sure

After the implementation of one country one ration card by the Government of India, people below the poverty line can buy ration from any corner of the country at a low price.

The system of ration cards has been changed in the country from June 1, the system of One Nation One Ration Card Scheme is going to be implemented in 20 states and union territories of the whole country.

In the past, Finance Minister Nirmala Sitharaman announced this scheme under a package of Rs 20 lakh crore. According to this scheme, this system will be implemented in all the states of the country by March 2021. PDS (Mass Distribution System), a scheme to provide food grains to 81 crore people at concessional rates, will be a new dimension initiative by the Government of India on 1 June.

One Nation One Ration Card Scheme is to be launched by the Government of India in the identified states this year. In 20 states and union territories with 83% of PDS population, 67 crore beneficiaries will be covered by the National Portability under this scheme by August 2020. Thousands of people will directly benefit from the implementation of One Nation One Ration Card.

Once we have made One Nation One Ration Card, food grains can be taken in any region of the country with the help of that ration card. Now people leaving the place due to displacement from their village or elsewhere will not have to bother at all for cheap ration and we can get our ration from any district, city, state of the country with the facility of this nation card. .

If you want to apply for a ration card, tell that any ration cardholder of the country is not required to submit any type of application online or offline under one country one ration card scheme.

To get a ration card, first, go to the official website of your state.

After this, click on the link with Apply Online For Ration Card.

After the field verification, if your application is found correct then your ration card will be created.

Ration cards are of two types. Depending on your income it is decided which ration card you will get. If you are in the economically weaker category, then apply for the ration card with BPL i.e. Below Poverty Line below the poverty line.

If you are financially competent then apply for APL i.e. Above Poverty Line ration card above the poverty line. After applying, the information given is checked, the ration card is sent 25 to 30 days after the investigation is found correct.

The Government of India has taken a very good step in the form of "One nation one ration card scheme" keeping in mind the poor people of the country. This will help the poor people a lot. Now they will be able to get their ration from wherever they want.