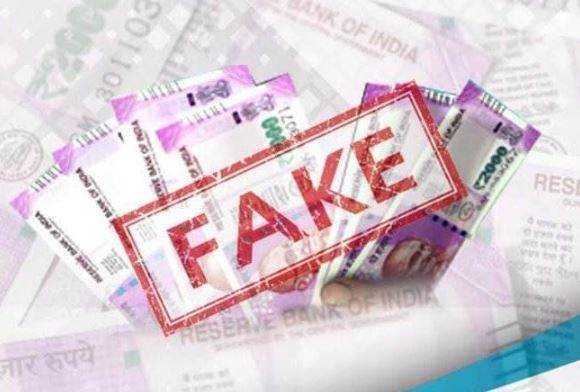 Fake Currency Issue Is Back For Indian Government

Recently, a large gang of people printing and circulating fake notes were caught. Internationally and Indian intelligence agencies have also repeatedly warned the central government about fake currency in the country.

To deal with this, a decade ago the government had planned to issue a special kind of plastic currency, which should now start churning again.

Having a special type of chip in it will catch fake-real notes very easily. All the countries of the world have adopted this system. There are crores of fake currency in the country. They are being used in all government work from the common man.

An intelligence report of the Government of India states that several illegal presses have been established in the three neighboring countries for the printing of Indian currency. At the end of last year, fake notes worth crores of rupees were quietly destroyed by the Reserve Bank.

It is believed that more than 194 areas of the country have their whereabouts of fake currency. From where notes are supplied across the country.

Mostly these notes are consumed at places like dhabas, liquor contracts, etc. This is such a unique criminal case around the world, whose real mastermind has not been known to date. It can also be said that so far concerted efforts have not been made to eradicate it.

The case of coins is even more complicated. Coins are coming out fake, but the real rezgari (small size coins) are being made bluntly, blades, pen tip, stapler pins, etc. Since all this area is of unorganized units, it is difficult to find and catch them. Most of the big branded companies take finished goods from these unorganized units, so they are clean.

Fake coins are extremely difficult to identify. 58 trucks of five rupee coins were caught in the second quarter of last year. All these were fake. They were caught on the Jammu border. A few days later, dozens of truck coins were also caught in Uttar Pradesh.

These real coins were to be distributed to all unorganized units for smelting. 16 blades are made from one coin. Similarly, it takes only one coin to make a tip of fifty pens and twenty cartons of stapler pins are also made of the same coin.

Actually the mechanism of the fraudsters is so advanced and deep that the notes which are torn and destroyed are destroyed. They put the number on the forged notes. However, the challenge for the economy, which is a challenge, is difficult to cure, but not impossible. The government should take strict steps to prevent this.