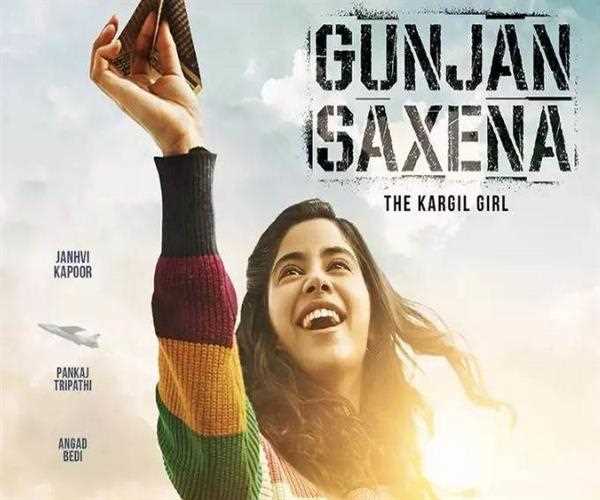 'Gunjan Saxena, The Kargil Girl' Is Against Indian Air Force

The Air Force also wrote a letter to the Central Board of Film Certification regarding its objections, which explicitly mentioned the allegation of presenting a negative image of the Air Force in the film. The letter has also been sent to Netflix and Dharma Productions.

The National Commission for Women also commented on the controversy. Even before this, there has been controversy over the portrayal of the army and soldiers.

He was also expected to advise them to avoid showing a negative image of the army. The Army wrote a letter to the Central Board of Film Certification and shared their expectations, but the Ministry of Defense made a mistake.

Competent officials from the Ministry of Defense should have known that the films or other material shown on web series or over the top (OTT) platforms do not come under the purview of the Central Board of Film Certification. This letter has no meaning.

On 27 July, the Ministry of Defense wrote a letter to the Central Board of Film Certification and on 12 August Gunjan Saxena was released on Netflix, some scenes of which the Indian Air Force objected.

An analysis of the objections of the Indian Air Force on this film reveals two things, firstly, the Central Board of Film Certification has not advised all the film and web series producers as per the requirement of the Ministry of Defense to either Army or Air Force or Navy.

Please take a no-objection certificate before making any type of content public. The second thing may be that the Central Board of Film Certification has given advice, but the producers may not have considered it necessary because there is no such law.

Producers-directors of films shown on OTT cannot be compelled to obtain NOC from competent authorities before showing anything about the Indian Army. Cinemas are closed due to Kovid and all films are being screened on the OTT platform. In such a situation, there is no need for any kind of certification for these films.

The Film Certification Board certifies films that have to be screened whether it is in theaters or at a film festival. The Ministry of Defense or the Indian Army has the right to watch before its release if the films are to be held in public and collective.

This entire episode once again clarifies that there is a need to regulate the content running on OTT. In the Corona era, the OT platform has become an essential part of the entertainment.

The imperative of this medium seems to be taking stability amidst the uncertainty of the opening of the cinema hall. All big-budget films are releasing here. The size of this venture is also increasing day by day. It has been indicated many times before in this column that all the limits of decorum are being broken in the content shown on the OTT platform for profit.

The distinction between obscenity and entertainment has been erased. Recent data has also confirmed this. There is a web series called Mastram. According to data from an agency, this web series was viewed by more than 10 million viewers in a single day on July 3. According to this, more than 36 million people have seen it till that day.

One more figure should be noted. I called Netflix's customer care one day, and in a conversation, the customer care executive said that in the last three months during the Corona period, Netflix's 1.5 million apps have been downloaded. This is such a large number, which Netflix's Californians would not have imagined even in their dreams.

In this number, they see a huge potential, a very large market, and with this, a profit formula has been given to them in which risk is less. If we just take this number of one and a half crores and calculate it on the basis of the lowest i.e. membership fee of Rs 199 per month, then the turnover of about three billion rupees per month would be seen.

This is the turnover of the business based on the minimum subscription fee of new customers created in these three months only. If we add the number of old customers to it, then there is a turnover of billions in a year. If the business is so big then the profit can be imagined. This is just a platform figure. If all are combined then its business will be more than the annual turnover of Hindi films.

There are different types of regulations to control all the businesses in the country, but this is a business where the freedom to do anything to earn profits is still available whether it is communal breaking social fabric, communalism enhancing speech.

Or the scenes portraying a negative image of the Indian Army. While the Indian Army has also taken this chaos into its fold, then one should expect that the process will move forward regarding its regulation.