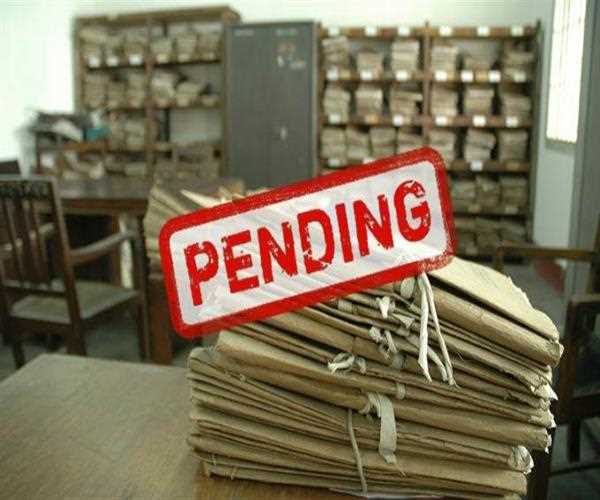 When will the pending cases of justice in India wind up for good ? People have gone sick and tired of this date per date justice system which makes even the most determined and motivated one like broken into pieces.

The questions raised by Supreme Court Judge Justice R Bhanumati in his farewell speech have compelled all persons associated with the judiciary to introspect. In his farewell address, he said, 'I lost my father in an accident at the age of two.

Everyone associated with the justice system suffers from the concern of Justice R Bhanumathi. At present, about three and a half crore cases are under consideration in various courts.

There are 58,700 cases pending in the Supreme Court, about 44 lakh in the High Courts and about three crore cases in the District Courts and Subordinate Courts. Of these, more than eighty percent of cases are pending in the district and subordinate courts. At the current pace, the mountain of these pending cases may take about 324 years to finish.

The lack of infrastructure has come to the fore during the Kovid-19. One reason for this is also the absence of the All India Judicial Service. It seems that the government is more or less ready for this, but the attitude of the judiciary is not as positive.

Shortly before, a preliminary project report of the Delhi High Court was presented, stating that there is a need to increase the number of sitting judges to settle the pending cases in the court in a year. A huge increase in the number of judges in subordinate courts and rapid improvement in infrastructure is needed today.

The government is the biggest litigator. She is a party to cases of perceived injustice in most lawsuits. It should be our priority to reduce the number of cases against the government. Several important suggestions have been made in the above project, one of which is the suggestion to fix the number and time limit of judges in the Zero Pendency Project.

Lack of evidence, delay in evidence, delay in the processing of parties and lawyers, stay in remote places of parties, etc. are the reasons for pending cases, which will have to be resolved. The government is making efforts for the development of infrastructure, but its pace is slow.

This situation should change. The constitution provides for the appointment of retired judges. By following this, it can also help to cross the mountain of lawsuits. The need is that the government, judiciary, and lawyers' organizations sit together and make serious efforts to solve this problem.