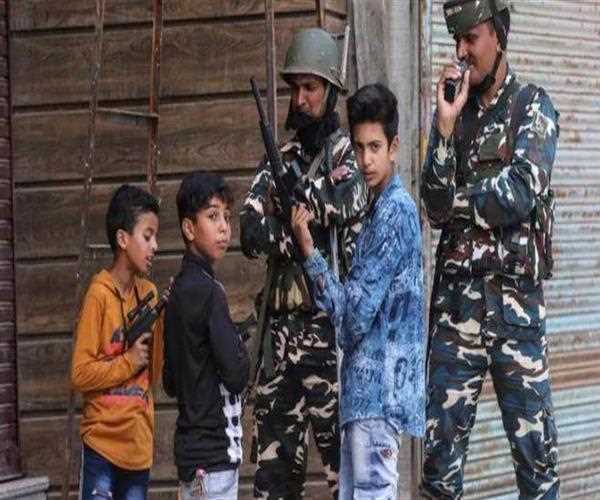 Kashmir Now After An Year Of Abrogation Of Article 370

So how is Kashmir, the most disputed state of India after the historical event of Article 370 abrogation? The valley is now a union territory with the presence of central armed forces, military and police. The Lt. Governor is ruling as the representative of President of India and soon the state is going to see it's elections with a new government to be formed soon.

Lt. Governor of Jammu and Kashmir GC Murmu said recently that elections can be held thereafter the process of delimitation of assembly constituencies in the state. It is clear from LG's statement that the local administration of Jammu and Kashmir considers the current situation there to be worth holding. Keep in mind, there is no elected government since June 2018.

However, on 5 August last year, the central government took a historic decision to end the special status accorded to Jammu and Kashmir under Article 370, after which all the prominent leaders of both the major parties of the state were arrested.

It was but natural that elections could not be held in such a situation. But that event is also going to be a year. All the big leaders have been released except PDP Chief Mehbooba Mufti. Mehbooba may be in custody but has come home.

National Conference leader Omar Abdullah said in a recent interview to a newspaper that until Jammu and Kashmir gets the state's status again, they will not contest elections. But he did not invoke the election bycott, nor did he say that his party would not contest the election.

Meanwhile, Pakistan is in the process of waging its raga Kashmir on a much larger scale. The completion of one year of the abolition of Article 370 is also an opportunity for him, whom he has prepared to make every effort to capitalize on. The Government of Pakistan has prepared an 18-point program, through which efforts will be made to draw the attention of the world towards the Kashmir issue.

In one such attempt, he has lost his face last week, when Pakistani PM Imran Khan called Bangladesh Prime Minister Sheikh Hasina and talked to him for 15 minutes. After that, the Pakistan Foreign Ministry released the details of the talks and said that the two Prime Ministers discussed the situation in Kashmir in detail.

On the contrary, there was no mention of the Kashmir issue in the details of this conversation issued by the Bangladesh government. But Pakistan does not mind with such a setback. The same Wednesday, the Pakistan government announced that Kashmir's separatist leader Syed Ali Shah Geelani would be honored with Nishan-e-Pakistan, which is the highest honor there.

Obviously, Pakistan is trying every possible way and will continue to do so, which will hope to internationalize the Kashmir issue. The experience so far suggests that such efforts have nothing to do with it. But it is the responsibility of the Government of India to make the situation normal for the common people in Jammu and Kashmir.

For this, it is necessary that elections should be held there at the earliest and all the civil and democratic rights of the people should be restored. Abrogation of Article 370 and removal of anti-India artcle 35-A was necessary and as promised way back the ruling government of National Democratic Alliance led by Bhartiya Janata Party under the influential leadership of Narendra Modi has delivered it.

Srinagar is facing curfew with chances of disturbances by anti-India forces in the region but the armed forces are there to make sure that there is no unrest and that law and order is maintained. Many cheers to every Indian and a simple reminder to every Kashmiri who thinks they are special....No you are not! You are an Indian just like us, so just start living that way.