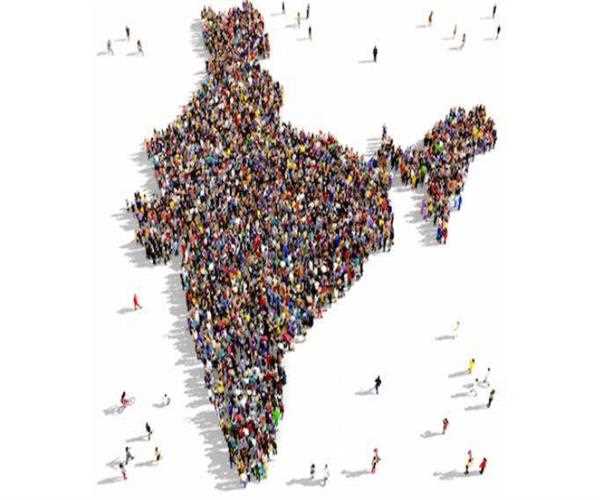 India Is Growing But Population Is Increasing

The population of India at the time of independence was 33 crores, which has now grown to about 135 crores. India's area is only 2.46 percent, while about 16 percent of the world's population lives here. This gives hint to the theme that India is growing but population is increasing.

Today the birth rate in India is above forty thousand per thousand. Due to the increase in population, the mass density which was 165 per square kilometer in 1901 increased to 689 in 2001.

The growth rate in China is 1.0 percent, while India has doubled, ie the annual rate is 1.93 percent. Increasing the population at this rate is not in the interest of the country. This growth of population is making all efforts to progress fruitless and fruitless.

In the First Five-Year Plan (1951-56) it was accepted that in view of the pressure on population growth and limited resources, there is a serious need for family planning and population control, the birth rate has to be brought down to suit the economy.

In 1977, the family planning program accelerated, but due to not being implemented properly, there was a political reversal, which changed the name of the program to family welfare.

In 1993, the National Population Policy was announced in 2000 based on the report of Dr. MS Swaminathan Committee. India has been struggling with the challenge of population stabilization for the last 70 years. The gap between cities and villages is increasing.

Lack of population control is challenging in many areas. The biggest challenge is in the economic sector. Due to the huge increase in population, food, clothing, housing, education, health, employment, drinking water etc. have become a crisis. The population is also affected by the environment.

It is, therefore, necessary that the prevention of population explosion should be declared as the national duty of every religious community, which is also necessary to implement it. The loss and gain of religion should be kept separate from electoral data. Inequality in society is also the reason for population growth.

According to the United Nations, India has only 918 females to a thousand males due to female feticide. There is apathy towards family planning in the villages, people consider it a matter of pride to have more children.

Census data has provided facilities available to families, pucca houses, the supply of drinking water, and electricity, ending the claims of the government. In rural areas, 43 percent of households do not meet the two-room criteria, safe drinking water supply is far away.

In rural areas, Rajasthan has 22 percent, Bihar 1.4 percent, Odisha 2.8 percent, Assam and Chhattisgarh five percent, West Bengal seven percent, Madhya Pradesh nine percent. To achieve the goals of family planning, we need to make the health system more efficient and responsible. A family born to two children should be motivated for planning. Various types of economic facilities should be provided to the men and women who undergo sterilization.

India is growing but the population is increasing and this is not good for use If we really intend to focus on sustainable development which makes sure the availability of resources for future generations to come which is only possible through judicious usage of resources.