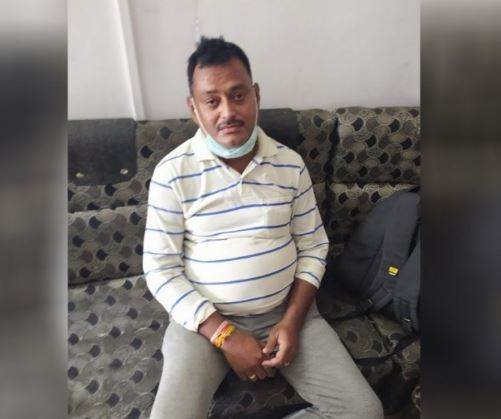 Gangster Vikas Dubey, the man accused of killing 8 policemen in Kanpur, was killed in an encounter today. But now many questions are being raised on this action of the police. Apart from the opposition, all the people on social media are also asking questions to the police and the government.

The question arises also because the development of Vikas Dubey was feared to be killed in the encounter since his arrest. A petition was also filed in the Supreme Court yesterday regarding this apprehension.

What questions arise on the Vikas Dubey encounter ?

The first question that arises is that the unarmed guard in Ujjain caught Vikas Dubey, but STF soldiers could not handle him?

Vikas Dubey had a rod in his leg, he could not run very fast. He knew this, yet how could he try to escape?

He knew that if he ran, he would be killed, yet why did he try to escape?

If he had to run away, why would he surrender in the Mahakal temple in Ujjain?

He was sitting in the middle of the policemen in a moving vehicle, then how did he escape from their clutches?

Was the hand of such a notorious criminal open? Did the police not handcuff him, which he snatched the pistol?

Apart from this, people are also saying on social media that the culprit Vikas Dubey has come to an end, now how will he get information about the people involved in crime and protecting him?

The Samajwadi Party wrote on its twitter handle, 'With Vikas Dubey all the evidence, evidence was also exposed which would expose the criminals, police and its patrons in power! The development has tried to save them all. I was his helper. After all, what is the course of action against those in power, whom he himself named? '

Earlier, SP chief Akhilesh Yadav had tweeted on the overturning of the car and wrote, 'Actually this car is not overturned, the government has been saved from overturning by opening the secret.'

Kanpur Police Superintendent of Police Dinesh Kumar P said, 'Vikas Dubey, who is a wanted accused of Rs 5 lakh. He was being arrested from Ujjain, Kanpur. Then the police vehicle got overturned near Kanpur's Bhaunti. The sitting accused and the policemen were injured. Meanwhile, Vikas Dubey escaped by snatching the pistol of the policeman.

The police team chased him and asked him to surrender but he did not agree and started firing on the police. The police also retaliated for self-defense in which He was injured. He died in the hospital during Ijaz. '

Uttar Pradesh's most wanted gangster Vikas Dubey was found in the Mahakal temple complex of Ujjain on Thursday morning in Bikeru village of Kanpur, on July 2, after eight policemen were killed.

After a seven-day search, the Madhya Pradesh police arrested him. However, the arrest of the infamous criminal who was on police alert in many states was done in a dramatic manner.

Vikas Dubey has gone and with him the many unsolved mysteries, dark secrets have also vanished. We need to make sure that as a society we slap a son at once if he commits a mistake because when he commits a mistake only the police's bullet is best suitable for him. As for the rest of these sensational talks, well questions will be raised but let it be.