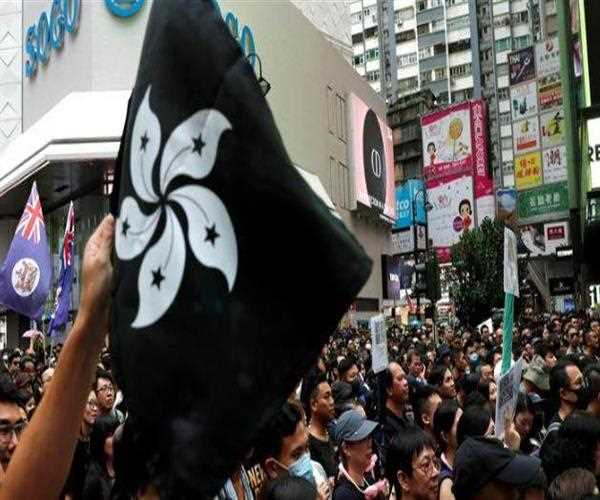 The issue of human rights in Hong Kong is further complicated. After the Chinese government imposed strict security laws there this week, the US has started the process of bringing a ban on China, while Britain has indicated to provide residency and citizenship to Hong Kong residents.

Many more countries are also supporting the agitators fighting for autonomy and civil rights in Hong Kong. It says that through the new law, China is taking away from Hong Kong people the rights which they have been enjoying for a long time. The agreement under which Hong Kong was transferred to China in 1997 also demanded that by the end of 2046, Hong Kong would have autonomy in line with the 'one country two systems' principle.

The allegation is that China is withdrawing from its commitment by bringing a law that would crush civil rights in Hong Kong. But it is a matter to note that China has got a lot of support in the world on this issue.

At the United Nations Human Rights Council meeting, Cuba moved a motion in favor of China, on which it got the support of 52 countries. All these countries are supporting China on the basis that every country has the right to enact and enforce laws to protect its territorial integrity and sovereignty.

The fundamental principle of the United Nations and other international organizations formed after the Second World War is that every country is an entity whose unity, integrity and sovereignty must be respected by the whole world.

READ HERE MORE : Why Trump Administration Is Against ACA In Supreme Court ?

Since there is a stream of movement in Hong Kong that urges it to be seen as an independent society free from China's patronage, China's accusation adds some weight to its sovereignty under the guise of the civil movement And trying to play with regional integrity.

There is no doubt that no external power can be allowed to tamper with the integrity and sovereignty of any country, but China should also understand in time that Hong Kong has gone through a different history.

Therefore, China can keep it with itself, not on the strength of the pole, but also respecting freedom of expression and other democratic values. Even though Hong Kong has been a part of China for a long time, in the last years of the nineteenth century, the then Chinese government gave it to Britain on a 99-year lease.

At the end of the lease period, in 1997, he returned to China on the condition of implementing the 'one country two systems' for 50 years. Trying to run arbitrary by forgetting this condition will lead to more reaction in Hong Kong, the result of which will prove inversely for China.