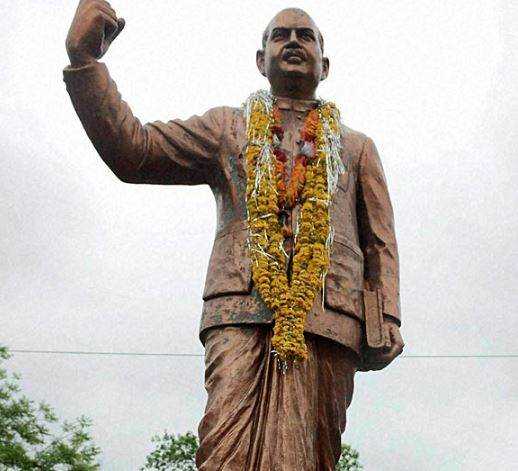 Some mistakes remain in the past. Some human beings become history men only by trying to repair them. Dr. Shyama Prasad Mukherjee was one such person who raised his voice for the salvation of the crown on the map of the newly independent nation.

His successors in the Bhartiya Janata Party, which grew from the political sprout he planted as Jana Sangh, also fulfilled the dream of his pioneer on August 5 last year, for which Dr. Mukherjee had given up his life. While the complete integration of Jammu and Kashmir into India filled the nation with joy, the questions related to the suspicious death of Dr. Mukherjee, who awakened this campaign, remain unanswered. These questions and years follow on his death anniversary.

Dr. Mukherjee, who influenced the politics of his era on a wide scale, was indeed rich in versatility. Along with the politician, he was also an educationist who left an indelible mark on the educational scene. This quality was actually inherited from him. Born on July 6, 1901 in Calcutta (now Kolkata), Dr. Mukherjee's father, Sir Ashutosh Mukherjee, was noted as an educationist.

He was a brilliant student. He was also interested in law, so after earning the degree of law in the year 1923, he went abroad and returned home from England in 1926 as a barrister. It is no less a matter of pride that he became the Chancellor of the University of Calcutta at a young age of about 33 years. Meanwhile, in the year 1937, he invited Gurudev Rabindranath Tagore to deliver a speech in Bangla at the university's convocation. Actually this moment is even more important because for the first time a convocation speech was made in an Indian language.

His inspiration led to a Bengali dictionary of scientific words. Also, a special plan was made to train the students for the Civil Services Examination. For the first time, the university started a diploma course in agriculture. In addition, a special series of Bangla publications was started in various branches of knowledge. On his initiative, Bangla spelling was also standardized.

It was during this time that the College Code was prepared for the first time and new matriculation regulations were prepared. Also, the age limit restriction for students was also abolished. Apart from this, he also carried out many fundamental changes in the education system, which led to the solution of many practical problems.

He started several concessions for the students, including providing unsuccessful students the opportunity to sit in compartment examinations. The question of imparting military training to the students attracted their attention and they succeeded in starting military training courses even in adverse conditions. In keeping with the ideal of the younger generation and the welfare of the country, he arranged accommodation and food for the students coming from the weaker sections in place of the hostels reserved for the students, belonging to the general hostels and colleges.

He also exerted his influence as a prominent politician of the country. When he considered the status of a special state given to Kashmir in independent India as an obstacle to national unity, he also played against it.

He opposed to separate flags of Jammu and Kashmir, separate Prime Minister and separate Constitution. He felt exasperated that the Chief Minister there was called Wazir-e-Azam. He strongly advocated the abolition of Article 370 in the Lok Sabha.

For the first time in the country, he announced his entry into Jammu and Kashmir for this movement. In the year 1953, for the journey to Jammu and Kashmir, at half-past six in the morning of May 8, he left for Jammu by boarding the train from Delhi railway station with his supporters.

He was accompanied by Jana Sangh colleagues Balraj Madhok, Atal Bihari Vajpayee, Tekchand, Gurudutt and some journalists. During this visit, he was arrested on 11 May 1953 in Lakhanpur and taken to Srinagar from where he was kept in the Central Jail. Later he was shifted from there to a small cottage in Srinagar.

Today Article 370 has been abrogated and this is the fulfillment of his long term vision dream. May his soul be happy and relieved in the realms of God's Heaven. Naman to Hindutva inspiration figure Dr. Shyama Prasad Mukherjee.