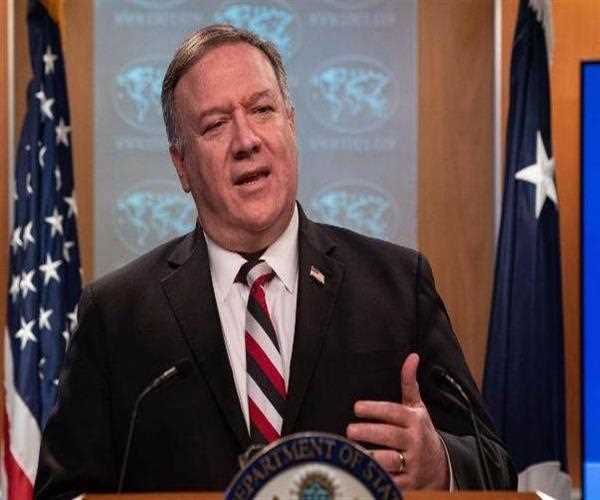 In his virtual address on Friday on the 'Challenges of Europe and China' at the Copenhagen Democracy Summit-2020, Pompeo said that the West hoped for many years that they could improve the standard of living of Chinese citizens by changing China's communist attitude. Huh. During this time the ruling party of China took advantage of our bestiality by pretending to have a cooperative relationship.

US Foreign Secretary also said that the world's largest democracy is engaged in increasing tension on China's military border with India. In the South China Sea too, she is wrongly increasing her area by increasing the gathering. The US Secretary of State, while targeting China, said that former Chinese leader Deng Xiaoping used to say hide your power, wait for your time. China is taking advantage of our generosity today.

He said that for decades, the US and European countries invested heavily in China with high hopes. Educational institutions were opened for the people associated with the Chinese military and the Chinese government-sponsored children were given the opportunity to study at their place but to no avail.

Today China is committing vandalism in Hong Kong. The Uygur are oppressing Muslims. It has recently carried out a bloody conflict on the border of neighboring India.

The United States has expressed its deepest condolences to the Indian soldiers who had lost their lives in a bloody clash with Chinese soldiers in the Galvan Valley of Ladakh.

Pompeo said that we express our condolences to all Indians on the loss of jawans in Galvan. Salutes his bravery. He also said that we will remember the family, kith, and kin of these sacrificial soldiers.

Now even United States Of America is against the communist state of China. The world is cornering the Red Dragon and one might be able to see a cold war against it being raged very soon.

USA and India need to join forces to tackle this demon state which has started a virus war through 'Chinese coronavirus' which is the most severe threat to worldwide humanity in the recent decades of this century.