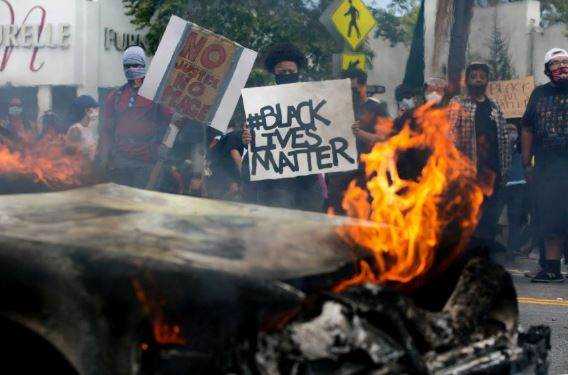 Fifty years ago, according to those who witnessed the student rebellion in the West, the movement started from Black Lives Matter is the same, but within a week or so, it was under such pressure that almost everywhere the administration succumbed.

Such an unprecedented result could not be an accidental event. In fact, the long-standing mentality in America has intervened on the pretext of killing a black.

This mentality is the story of the gradual domination of leftist opinion in higher education institutions. The entire process can only be understood by those who keep an eye on leftist opinion and its history. 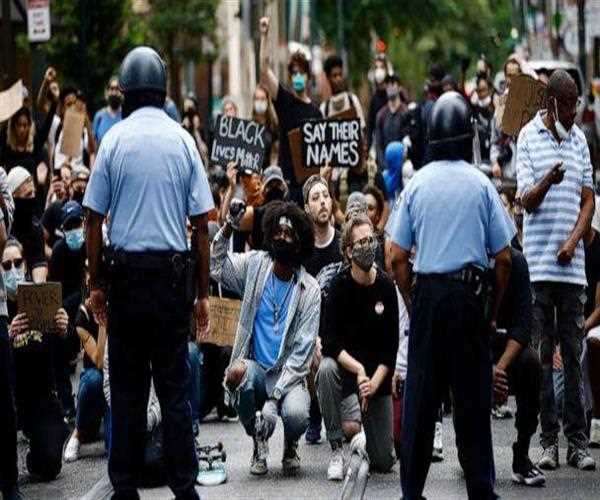 The Western student-uprising of the 1960s was against the status quo. There was peace in the world for two decades. After the defeat of Fascism in World War II, there was a lot of renovation, but after 1965, the hippie movement started among the Western youth. His views were leftist. He showed a rebellious lifestyle.

Family rebellion, drug abuse, free-sex and dancing were some of her elements. Here Devananda made a film in the same background, whose song Dum Maro Dum… became very famous. The ideas of that youth revolt had Communist influence. He felt that the prosperity of the West came from earning profits by selling his goods in the world markets.

When America intervened in Vietnam's civil war, that sentiment found a solid foundation. Then the leftists all over the world shouted the Vietnam-Vietnam slogan for years. Nobody noticed racism, which actually existed.

When the black people in America did not have equal citizenship, they were not allowed to move everywhere in the country, then there was no leftist rebellion for it. The idea of ​​complete equality gradually arose in American society, which ultimately gave equal rights to black people.

By the late 1960s, leftist fashions began to be established among students of several well-known American universities, including Harvard but did not become effective in society. The reason was that after the American defeat in Vietnam, the terrible communist power there became American cold.

Soon China turned from communism to party-capitalism. Then began the crisis in Russian Communism, which eventually brought an end to Communism.

For these reasons, leftist politics in the West dried up, but leftist intellectuals in universities quietly spread their opinions in social science, humanities and literature day by day. This proved to be a far-reaching investment. This can also be understood from the example and result of JNU formed in India in the same period (1969). Today, the result of propagating leftist racism in American education for almost three generations is visible today.

It is fitting that the classic Marxist theory broke, but the Left renewed itself. Cultural Marxism replaced economic Marxism. Then Europeans or Americans were called exploiters instead of capitalists. It became a phrase that you are a tyrant while feeling kind to us. Instead of working-class, minorities, gender, ethnicity, etc. were given a fighting edge. The slogan of anti-imperialism became anti-racism.

In India, the same thing turned into communalism or anti-Hinduism. Instead of Vietnam, Palestine became an oppressed country, for which the Left had to fight. Muslim immigrants became victims groups in place of the Third World.

Trump was the devil instead of Nixon. The box symbol has been replaced by a black lace-up or knee-sitting display, but this new leftist has no future dreams. The old Left has no alternative goal like socialism. It only lives in a dream of various forms of oppression. Unfortunately, the reach of this left seems deep in Western societies. Earlier democratic parties opposed the leftists.

Now they are engaged in making matches with him. Earlier schools, colleges, media, etc. were everywhere for different views. Today it is unthinkable. It is not allowed to speak anything other than Leftism on the subject of gender, minority, immigration, etc.

The famous Harry Potter writer JK Rowling created an uproar when he had to explain himself three times. Such intolerance was not there before. People could have different views.

Now the leftist dominance is such that no one can speak to those who reject them. It is impossible to stand up against All Lives Matter in front of Black Lives Matter. It is like insulting them to say so.

In these five decades, the practice of reading and teaching mainly discrimination and atrocities in history, literature, sociology, politics, etc. increased. Activists were prepared instead of experts.

Gradually, such people reached everywhere in administration, media, schools, art centers, courts, corporate, etc. In this way, the reputation of leftists grew. To balance them, the rulers of society were not worried about giving liberal, fact-finding, social knowledge.

This was a big mistake. Ever since demonstrations started in the name of George Floyd in the US, egalitarian, syncretic ideas have not found a place in front of fiery rhetoric. All types of leftists seem to have incomparable dominance. The things which were in the speeches of some left professors in America four decades ago are now being heard all around.