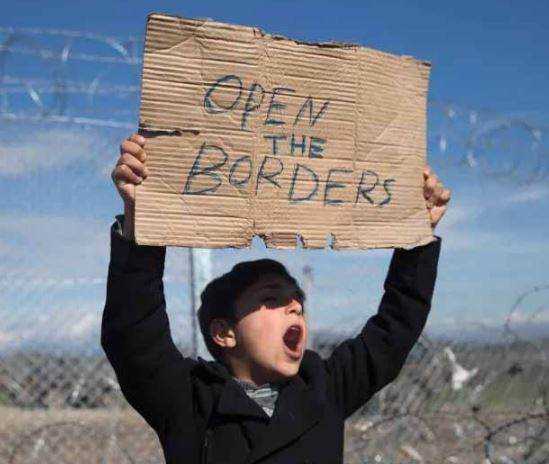 The Secretary-General of the United Nations Antonio Guterres has urged support for refugees and their communities on the occasion of World Refugee Day. 8 crore women, children, and men all over the world are living their lives as refugees.

Let us know that Refugee Day is celebrated every year on 20 June. Out of these, 1 crore people have become refugees due to leaving their places in the last year.

According to Xinhua News, Antonio said, "On World Refugee Day, we pledge to do everything in our power to end the conflict and persecution that drives these frightening numbers. Today, we host the generosity of communities and countries And also recognize humanity who often grapple with their own economic and security concerns. We owe our thanks, our support and our investment to these countries."

Refugee, Refugee, Muhajir, whatever name you may call them. But these are people who are forced to leave their country, their home, their everything for some reason or other to live on the mercy of others. These are the unfortunate people who run away from their land due to some helplessness, which no one accepts wholeheartedly. In JP Dutta's film 'Refugee', it was shown how the life of Refugee is, he has to face much more difficult than his life was portrayed in the film.

Who is a refugee?

Refugees are those people who are forced to leave everything behind due to war, oppression, and terrorism or natural calamities, etc. and take refuge in another country. These are the people who leave their home and country and seek refuge in some other country, hoping to overcome the difficulties of their lives.

Talking about refugees around the world, UN Secretary-General Antonio Guterres says, "I have met many people who have lost a lot." But he never lost his dreams and hopes for a better world for his children. ' That is, they may have lost everything, but have held hope.

READ HERE MORE : Recovery Over Prevention Should Be Policy For India Fighting Coronavirus

World Refugee Day has been celebrated on 20 June every year since 2001. This day is celebrated to express respect for the courage, determination, and strength of these people. Actually it is also a day that reminds us that there are millions of people like us in the world who struggle hard to live life.

These are people who have left their home under some compulsion, but the people in the other house where they are still have not embraced them wholeheartedly. Actually, in front of us as refugia, there are those faces, which are pathetic. Whose eyes have more questions than dreams and those who are silently asking the world when will this situation change?

Lakhs of crores of people from war-torn countries like Syria, Iraq, Libya, Sudan, Afghanistan have taken refuge in other countries. You will be surprised to know that every minute around 20 people around the world is forced to leave home and become refugees. Worldwide more than 70 million people are living the life of refugia. In the desire of a good life, these people continue to consider even the biggest danger as a straw. They don't even care about any sea.

Hundreds of people have lost their lives seeking refuge in Europe by crossing the Mediterranean Sea. On 2 September 2015, a picture of a Syrian child 'Aylan Kurdi', lying in the sea, shook the world. But the announcement is just an example. Thousands of such people have lost their lives, but in the desire for a good and peaceful life, people are forced to become refugees by ignoring the death at every step.

On the occasion of Refugee Day in 2017, Dainik Jagran had a special talk with Kamar Aga, a foreign affairs expert. At that time he told that governments from Pakistan to Morocco are failing. After this, anarchy continues to spread in these countries. In such a situation, millions of crores of people are leaving the country from these countries.

Problems also arise in the countries where these refugees go, because their resources are also limited. Just as people are moving from Syria to neighboring country Jordan, Jordan also lacks human rights. There is also a dictatorship over there. If they are not able to provide facilities to their people then what will they give to the refugees?

More than 50 percent of the more than 70 million refugees worldwide are from Syria, Afghanistan, and South Sudan. The alarming thing is that the refugee crisis of the world has become very large at this time and it is the biggest after the second world war. Many refugees want to reach Europe or countries where they can live in peace.

Qamar Agha said that the condition of refugees who reach Europe is fine. That's why most people seek refuge in Europe. Once there, they start getting money and facilities. A good arrangement is also made for them to stay there. Their health is also taken care of. These people also get small jobs there, especially in countries like Germany. But in most countries, the situation of refugees is very bad.

It is not that the condition of those who go to another country as refugees is pathetic. In the last few years, due to the refugees from Myanmar, there was a problem of law and order in India and Bangladesh. People here have faced difficulties due to refuges. There has been an increase in criminal activities in the areas where Rohingya have come and settled.

However, the refusal of millions of people is a global problem and efforts should also be global to deal with it. It should be our endeavor to bring the people who have become refugees back to their homes due to war, famine, lack, and other reasons so that they will also be happy and all of us visiting our own land.