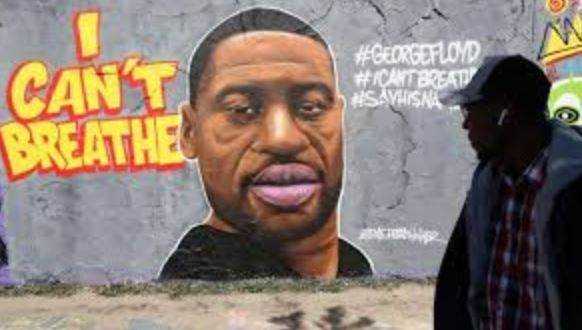 George Floyd Brother Shout Out At UNHRC For Justice #BlackLivesMatter

Brother of black George George Floyd, who was killed by a white police officer in the US, requested the United Nations Human Rights Council (UNHRC) to conduct an in-depth investigation into racial discrimination, the murder of black people at the hands of police, and violence against peaceful protesters

In a video message sent to the UNHRC, Filonius Floyd has supported African countries' demand to set up a commission of inquiry. Filonius told the United Nations, 'You saw the barbaric way in which my brother was killed. Black people in America are treated in a similar way by the police. '

This is the third incident of a Confederate statue being downed in Virginia in order of demonstrations that began after the death of George Floyd. On the other hand, two local journalists were injured in the use of force by the police force during a demonstration in Portland on Tuesday.

On the other hand, in the US, national politics is changing rapidly due to police vandalism and racial discrimination. After the death of black George Floyd, the US President had announced that he would soon come up with a proposal to stop police brutality. Especially on the improvement of the police choke system, but now the Republican Party has changed its strategy in this matter.

The party has offered a national debate in the Senate on police functioning, especially the chokehold arrangement. Meanwhile, the White House has said that on Tuesday it will announce its own executive actions on law enforcement procedures.

#BlackLivesMatter movement has given us a strong message that as Americans as well as all humanists we need to learn and respect each other irrespective of gender, creed, caste, race, or color. If we fail to succeed in doing so that surely our human value system is set to decline. We need to find a way so that murder cases like Rayshard Brooks and George Floyd do not take place at all.