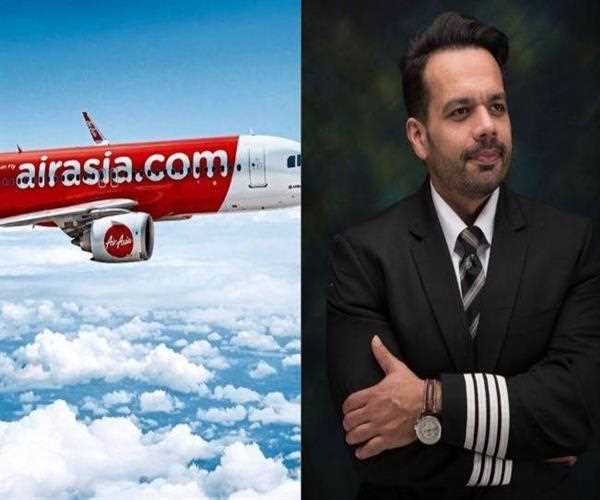 Air Asia India is being investigated by the aviation regulator after one of whose pilots have alleged violations of safety regulations through low-cost aircraft. An official of the Directorate General of Civil Aviation (DGCA) gave this information on Monday.

This pilot runs a famous YouTube channel. This pilot is none other than Mr. Gaurav Taneja alias 'Flying Beast', the famous Youtuber who has more than 3 million+ subscribers on the world's biggest video streaming social media platform. He is often considered one of the rising YouTubers in India. Now he has landed himself in utter troubles and has paid the ultimate price of speaking the truth.

Gaurav Taneja tweeted on Sunday that Air Asia suspended him for standing in favor of the safe operation of an aircraft and its passengers.

On Monday, he posted a detailed video on YouTube titled "The reason behind me being suspended from a pilot job".

At the same time, the spokesperson of Air Asia India said, "Air Asia India stands firmly on its principles of "Safety First ". Guest safety is paramount in each of our operations. We are cooperating with DGCA in this matter."

Gaurav Taneja has turned the bravest whistleblower against anti-employee money minded and evil company Air Asia. This is really astonishing to see that it took Gaurav so much time to discover the issue at the core but after he lost his job it was inevitable for him to hold back on this situation. He has told the truth in his video and thus exposed the Air Asia airlines which risks the lives of thousands of passengers at the time of the peak in coronavirus pandemic.

Air Asia has to face the prosecution by law and we should appeal to the DGCA to take cognizable action against this evil corporation. One thing is for sure that we have to see anything concrete in terms of outcome otherwise all the efforts of Gaurav Taneja shall go in vain.