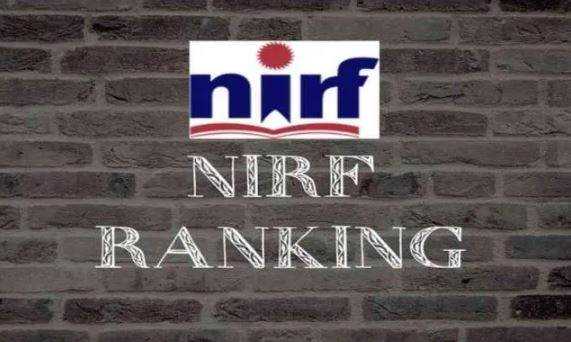 The top positions of universities in the NIRF rankings released every year by the Ministry of Human Resource Development remained the same as in previous years. IISc (Bengaluru), JNU and BHU remain at number one, first and second respectively for four years.

The remarkable performance can be said to be that of Jamia Milia Islamia, who, amidst the turmoil and controversies, got her name in the list of the top ten universities of the country. Earlier, for three years, it remained in 12th place. However, these universities, which have got a prestigious position in the NIRF rankings, are not able to take a very high place in the global rankings.

READ HERE MORE : Sushant Singh Was Alone .... So He died

No university in the country was counted among the first hundred universities in the QS World University Rankings announced this week. If we look at the two lists together, some more interesting things emerge.

IIT Madras ranked first in the overall category of NIRF rankings, is ranked 275th in the IIT Madras QS Global Ranking, while IIT Bombay is ranked 172nd in the global list, even below IIT Delhi. The solution to this tricky trick lies in the different scales that are adopted when preparing these two lists.

Factors such as teaching, learning, resources, research, inclusivity, professional practices, and perception are seen to determine the NIRF rankings while deciding the QS Global rankings are Academic Reputation, Employer Reputation, Faculty Student Ratio, International Faculty, International Student and so on. Aspects such as faculty citation (ie how many places each teacher is cited) are monitored.

In them, the process of determining factors such as reputations is not transparent. The second problem is that if Indian institutions try to improve the teacher-student ratio by recruiting teachers on a large scale, they become weak on the faculty as these new teachers will not be quoted in the papers overnight. It will take a long time and till then they will remain weak on this front.

This is one of the major reasons that Indian institutions have remained consistently low in the global rankings. Perhaps due to the impracticality of these factors, India's Human Resource Development Minister rejects the Global Ranking and aims to establish the NIRF Rankings as the only place on the global level.

This in itself is a laudable goal, but it should be a matter of concern for us at the moment why our educational institutions are going down in global rankings even compared to previous years.