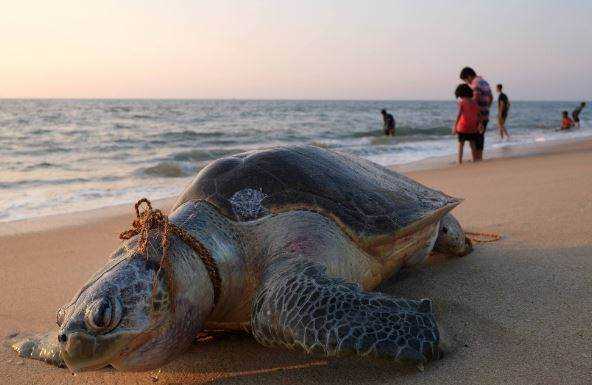 Our Biodiversity Has Entered The Stage Of Extinction

It was wrong for a man to think that he has control over the earth and nature. His mistake is very heavy. Apart from him, he did not believe in other animals and plants that they too have the same place and importance in the world as human beings.

In the past years, we have made more than 8 million animals and animals extinct. Today, 1 million creatures are in danger. The small Hawaiian Snail Hall has disappeared. The largest freshwater fish has also said goodbye to us. We have lost three species of birds. Last year, one shark, two frogs and several other plants became extinct.

Recently a paper named Landmark Global Assessment has made a big disclosure about the biodiversity and health of all these species. In a forty-page document called Summary for Policy Makers, 15,000 scientists and about 145 experts have explained in detail what we have lost in the last 15 years in a total of 50 countries.

Accordingly, we have completely destroyed about 87 lakh species. According to a report, 66 percent of the sea has reached critical condition due to human activities. About 400 dead zones have been considered in the sea, where the life of all the marine species has become difficult.

This situation is also serious because the sea alone accounts for 60 percent of the world's carbon emissions. For this reason, life in coral reefs, swampy forests of the tropical regions (mangroves) and coastal areas has reached serious danger. In the last 300 years, about 15 percent of the wetlands have been eroded.

In the year 2015 itself, 33 percent of the marine fish were given the status of protected fish. The Golden Toad Frog is on the verge of disappearance, so the Pintagiant Tortoise and the rare species colored butterfly Orange Upperwing Moth are among us. The largest fish found in China is leaving 23 feet long with us. Glocks found in Argentina, Uruguay and Brazil are facing a Macau bird crisis.

In fact, in industrialization, urbanization, and mining etc., we remained focused on its consumption, bypassing nature. According to a report in the year 2000, we have lost 1,225 species of birds and 78 species have reached the danger level. 95 percent of vultures have been eliminated. According to another figure in 2013, we have lost nine species of plants.

This happened because we have caused extreme damage to nature. Between 1980 and 2000, about 100 million hectares of tropical forests were destroyed. In the last five decades, the requirement of our forests has increased by about 45%, but since the time the industry stood, we have completely lost about 68% of the forests and about 29 crore hectares of forests, which we produced, did not become permanent forests. Because they did not see the coherence of nature.

Even today two billion people in the world depend on firewood. There is not a single species in the world that does not have great ecological importance in itself. We should not forget that whether they are soil bacteria or any other creature, they also contribute to nature and our lives.

But in his own interest and use, humans have completely endangered the habitat and food chain of other organisms. We forgot that the absence of them also means the extinction of human beings.

It is ironic that we do not even understand that Corona has put our biodiversity in danger at great risk. The need of the hour is to remain balanced amid the crisis of Corona and to keep nature balanced. Breaking the laws of nature will have serious consequences.