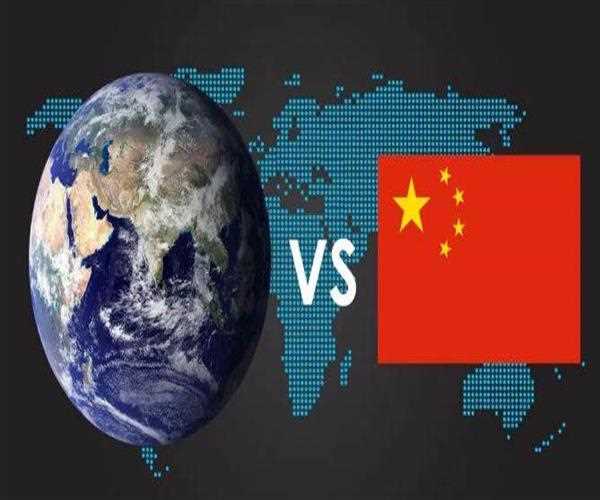 China Cannot Win Over The World

Indians see the term 'military offensive' meaning 'military aggression' with China. Whether we think of the 1962 border war or the infiltration of the Galvan valley in Ladakh, which we are discussing now. On the other hand, we do not see the word 'charm offensive', that is, wooing campaign with our powerful communist neighbor.

A Chinese scholar, while speaking to The Hindu, argued that his country faced the epidemic of coronavirus far better than western countries. He claimed that China provided various medical aid to more than 80 countries and then asserted, "The number of countries with a positive attitude towards China is more than those with a negative attitude".

Meanwhile, the Chinese Ambassador to India appeared in one of our television channels and he kept his country's side as strong as possible. He said, "China is ready to help India and do whatever we can." Continuing his talk, he said, 'We sincerely wish for an early victory of India by the epidemic. We have opened the doors for India to purchase medical equipment in China.

After a specific offer of medical help, the ambassador recalled the now-forgotten sentiment 'Hindi-Chini Bhai Bhai', which was probably sustained before the 1962 war. He said, 'This year is the seventeenth anniversary of the establishment of diplomatic relations between China and India. We are not only neighbors but also friends and partners. As two of the world's most populous developing countries, China and India must cooperate together to win the battle against the epidemic. '

Meanwhile, the Chinese establishment has shown similar generosity to the American establishment. A top Chinese diplomat has argued in an article in the Wall Street Journal, a pro-Republican parochialism, that his country has been misrepresented in the Western press. He claimed that China is indeed a role model in the fight against Corona.

The diplomat wrote, "In the countries that suffered its first wave, China faced it like a test and its good results helped other countries to take decisions." He praised the people of Wuhan and said that they symbolized responsibility, sacrifice, and solidarity and inspired the world to fight the epidemic in an effective manner.

The diplomat further wrote, 'Where China does not intend to export its system or model, its ability, spirit, and sense of responsibility should be underlined in the life-saving battle from Covid-19'.

They approved the smuggling of wild animals in the 'wet market' (fresh meat market) and reopened them, whereas the epidemics that these markets had spread in the past were in themselves irresponsible criminal acts. After this, when the outbreak of the epidemic occurred, the Chinese state initially punished its doctors who warned and kept important information hidden from the world for several weeks.

Such an initiative by Chinese diplomats and scholars is indicating that they are worried that the epidemic will affect China's image in the international community. A few decades from now, the Chinese establishment was taking light on its emerging status in global affairs. Brilliant economic progress and the development of defense and technology capability have instilled a sense of trust in China's political leadership.

READ HERE MORE : All Democratic Counties Should Come Together Against China

Proud of the antiquity of its civilization has always been at the center of China's character; The stream of economic prosperity and military prowess reinforced his belief that dominance and shaping the world was his destiny.

This prediction of global greatness has been supported by many authors, who are not Chinese themselves. It has been widely claimed that the way the 19th century saw Great Britain as the great power of the world, the twentieth century saw America in this role, transferring this responsibility to the People's Republic of China in the 21st century Will go.

Before the current epidemic, I myself was suspicious of such claims. I did not think that China would so easily replace Britain or America as the most influential nation on earth. This was because, despite all its economic successes and military strength, Chinese culture would not be as attractive outside of China as it was outside of Britain or American culture is still outside America.

China is proud to be one of the greatest civilizations in the world. However, the man Mao Tse Tung founded Communist China, he said that the art, architecture, and literature of the past was brutalized