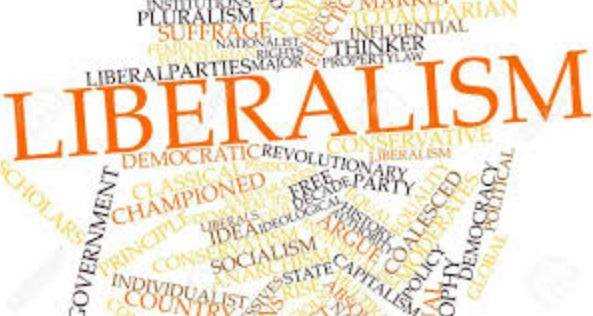 There is no substitute for experience. Sudheejan makes good use of the disaster experience. Prime Minister Narendra Modi has also announced to make the Corona disaster an opportunity. Corona is the biggest disaster in world history. In this, the boundaries of the nation-state have become meaningless.

Now the need for a new sensitive social order is being felt. This opportunity should be used for the development of non-discriminatory world humanity. It is an important opportunity for dialogue among all social groups and civilizations of the world. Despite this, there is white-black tension in America.

There is an unpleasantness in Asia and the western world. The distance is between Arab and non-Arab. The Islamic State is struggling. The so-called Liberals of India are provoking religious groups for violence like America. The world is also moving towards the struggle of civilizations including race, birth, place, region and region.

Civilizations developed through human interaction. Sumerian civilization once developed in present-day Iraq, which had an impact on large parts of the world. The reason for this was dialogue. The dialogue was a priority in India also from the Vedic period.

There were many thoughts, beliefs, and customs here. The sage of the Atharvaveda has said that 'this land gives prosperity to people of many languages ​​and faith.'

READ HERE MORE : Are We Ready To Welcome Monsoon This Year?

'The lifestyle and civilization of the said regions and peoples were different, but there was a continuous dialogue between the civilizations. So, despite different civilizations, everyone had a loving culture, but the so-called liberals do not believe so.

Liberalism is a catchy word. This creates a sound of tolerance, but Europe-born followers of this suit are religious fundamentalists in their original nature. His radical ideas regarding society and polity are the source of Locke's theory of social settlement. According to Locke's book 'Two Treaties on Government' and other views, 'life, property and liberty' are natural rights. Locke was a dynastic supporter and favored only the affluent. Revolutionary advocates at the fault of the polity. That is why liberals support violent demonstrations. They extend the natural right to freedom to anarchy and plunder.

Locke's theory of social settlement was not fundamental. His first Hobbes also gave such a theory. According to Hobbes's famous book 'Leviathan', people suffering from chaos formed societies through compromises, but culture and dialogue play a role in the formation of Raj society, not Hobbes and Locke's compromises.

Liberals do not accept the role of culture in national life. All the people of India enjoy the freedom of faith and conscience in the flow of a constitution and a culture. The Indian nation does not discriminate on the basis of class, caste, religion, and creed.

Anti-CAA demonstrations across the country were violent. The alleged liberals remained advocates of the protesters. Yet they are sorry why the protesters did not turn violent properly? They also want violence like American demonstrations in India. Liberals are still working in America.

Wars have also been averted through dialogue, but 'benevolent friends' hinder each occasion of dialogue. He and his leftist nexus serve to break the dialogue. KK Muhammad, an ASI official, had said on the Ram temple controversy that 'this issue would have been resolved if leftist historians had not done the brainwashing of Muslim intellectuals.' Dialogues reduce tension. Liberals provoke. The original problem is replaced by cultic identity.

The dialogue between Buddhists and Shankaracharya is an invaluable asset of Indian thought. There was a similar environment in ancient Iran. In India there was the Rigveda, then in Iran 'Avesta.' After Islam came the dialogue happened. Presently there is a communication gap in a large part of the world. Civilizations are in conflict.

Comprehensive logic for dialogue was developed in India. There is no substitute for dialogue to fill the world with truth, Shiva, and Sundar, but liberals add to it. The main purpose of dialogue is to add, but their intellectuals do not believe in adding. Such intellectuals are all over the world. Policy controllers of all countries are upset. The alleged liberal democrats are not.

The liberal and the left differ on the question of economics. Liberals are advocates of a free economy, advocates for the governmentalization of left national wealth, but both are anti-communist.

All groups, civilizations, in India and all over the world, should move away from mediocrity and obstruction of liberals and increase direct dialogue. World welfare is not possible in the clash of civilizations-cultures. In the dialogue itself, the golden future of the world is guaranteed.