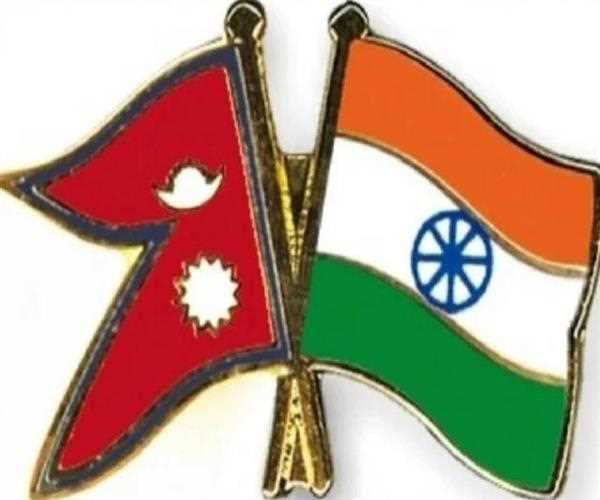 Who Is Provoking Nepal Against India ?

Problems — be they real or imaginary, new or long-neglected — become complex, so they take the form of crisis. Making statements or making allegations is not the way to deal with them. But this is what one feels when looking at Nepal's attitude in the Indo-Nepal relationship.

India will now have to focus on tackling the coronavirus, managing a faltering economy, ensuring a safe homecoming of migrant workers, rather than a confrontation with Chinese troops in Sikkim or Nepal's claim to the border region of Uttarakhand. I have to think and join the world to deal with the epidemic.

Similarly, Nepal should also focus on tackling sensitive domestic issues rather than engaging with India at the instigation of the elder brother. India has built a highway in Tibet as a small route for pilgrims going to Mansarovar. Nepal says that this road passes through its territory.

Not only Lipulekh and Kalapani, but people performing on the streets of Kathmandu have also cited other disputed areas between India and Nepal. The issue has intensified anti-India protests within Nepal. There are reports in the newspapers and India has been severely criticized by all sides in the Himalayan nation, including the Communist Party of Nepal.

There is an open border between India and Nepal, but some extremists in Nepal have suggested siege to the border. Both countries formally say that they are ready to talk, but neither party has fixed the date.

After surviving for a long time, eventually 357 positive cases of the corona were reported in Nepal as well, and two died. Nepal also blamed India for this. In late May it sealed the border of Kapilavastu district. Not only this, but Prime Minister KP Oli also blamed India for the infection spreading in Nepal and said in Parliament that 'India's position looks dangerous than China and Italy'.

Oli blamed the local representatives for 'illegally coming from India' to spread the virus. And thus they wrapped up the domestic issue as well. Actually, Kathmandu has never been comfortable with the Madheshis who live in the border areas.

While Oli had mentioned about China, it did not take long for India to understand it. The Indian side, led by Army Chief General MM Naravane, has accused Nepal of raising the border issue at the behest of China. Opposing the 'revised official map' released by Nepal, India has said that it is 'not based on historical evidence and facts'.

Actually Nepal's attitude is not right. India has put the onus on Nepal to create a 'positive atmosphere for diplomatic dialogue', while Nepal says New Delhi is not willing to set a date for the talks. Oli has vowed that Nepal will bring back the 'Kalapani-Limpiyadhura-Lipulekh region', which is part of India, at any cost.

Nepal and India share an open border of 1,800 km. Nepal asserts its claim to the Lipulekh Pass on the basis of the Sugauli Treaty of 1816, but New Delhi sees the treaty differently. Nepal also claims highly strategic areas of Limpiyadhura and Kalapani, while Indian troops have been stationed there since 1962. The Lipulekh Pass is strategically important to India, as it is a strip of land located at the triangular junction of China, India and Nepal, where the borders of the three countries meet.

The issue came to light when Defense Minister Rajnath Singh inaugurated a new road connecting the Lipulekh Pass to Mansarovar Road on May 8. Nepal not only opposed this, but it is also considering setting up a security checkpoint in the region.

READ HERE MORE : Women Should Be Protected During Corona Pandemic

MPs of the ruling Nepal Communist Party have moved a special resolution demanding the merger of 'Kalapani, Limpiyadhura, and Lipulekh' in Nepal. However, not all people in Kathmandu agree with the government's stand. According to senior ruling party leader Ganesh Shah, the move would be a setback for the diplomatic relationship between India and Nepal. Nevertheless, the attitude against India at the highest level is fierce. Nepal's President Bidya Devi Bhandari, while addressing Parliament, claimed that Limpiyadhura, Kalapani and Lipulekh are part of Nepal 'and appropriate diplomatic measures will be sought to resolve the current dispute with India.

The relationship between the two countries has seen many ups and downs since 2016, when Nepal started reducing its dependence on India. India has been a constant influence on Nepal, but now it is rapidly moving towards Beijing. And this extended into Ollie's term.

Of course this dispute will deepen the anti-India sentiment in Nepal, but the fact is that the two countries cannot further damage the bilateral relations. Both need to proceed with caution. Nepal is unhappy that India has banned the import of palm oil. India, its largest importer in the world, has started importing it again from Malaysia.

However, after some time India can start importing palm oil from Nepal again. There is no better solution than talking to find a solution, although negotiations can only take place at points of mutual agreement.