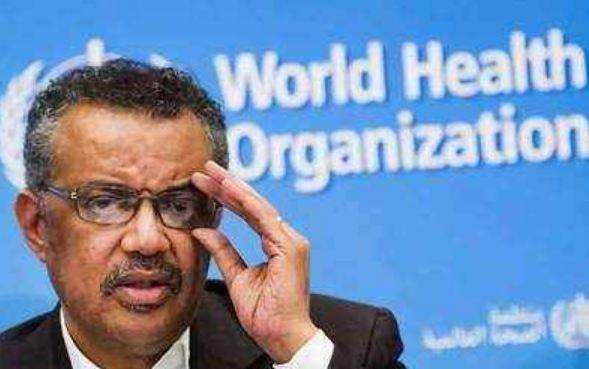 All Fingers Raised At WHO Now

World Health Organization (WHO) member countries did not listen to US President Donald Trump's warning of a significant improvement in the attitude of the organization within 30 days, but the global response and the role of the organization in the epidemic caused by the coronavirus Accepted the proposal of investigation

In the midst of a tele meeting of the organization, Trump had issued a four-page letter to WHO Director-General Tedros Ghebreyes, stating that the organization would end its dependence on China and take an independent stand in the next one month. Give a concrete signal, otherwise they will not only make their temporary decision to stop funding the organization permanent but will also leave its membership.

However, instead of reaching any conclusion in this dispute, if we look at its specifics, then three big issues emerge in this whole episode. First, do any major questions related to the understanding of the epidemic, its treatment and prevention depend on the results of this investigation?

That is, the work of finding medicines or making vaccines is stuck due to lack of any necessary information. If this is the case, it should be the first priority to make all the necessary information public, keeping the other things aside. The second question is that the way the information came about the origin of the virus, its arrival in the human body and the spread of infection and the framework of action that was set accordingly, was there any negligence at the level of the Chinese government and WHO , Or a conscious attempt to hide the information?

Also, if this happened, was there any special intention behind it? The third important question is related to evil intentions. That is, whether this virus was created and released as a strategy in a government laboratory, as the conspirators are speaking and the American President himself is repeating it repeatedly in his statements!

The fact that the virus has not been man-made on behalf of scientists has been said from multiple forums, yet if questions are not stopped, independent, transparent and reliable investigation is the only way to reach a clear result.

Global epidemics have been occurring once or twice every century, but till now they have been treated like God or nature's wrath. The role of man is a new thing in this matter, which is necessary for people to be leisurely.

It would also be expedient to remind here that the International Treaty on Biological Weapons Development and Storage (Biological and Toxin Weapons Convention) has been signed in 1975, but till now it remains a paper treaty. It is good to set up a global framework for the ongoing implementation of this treaty on the ground and possible bio-weapons.