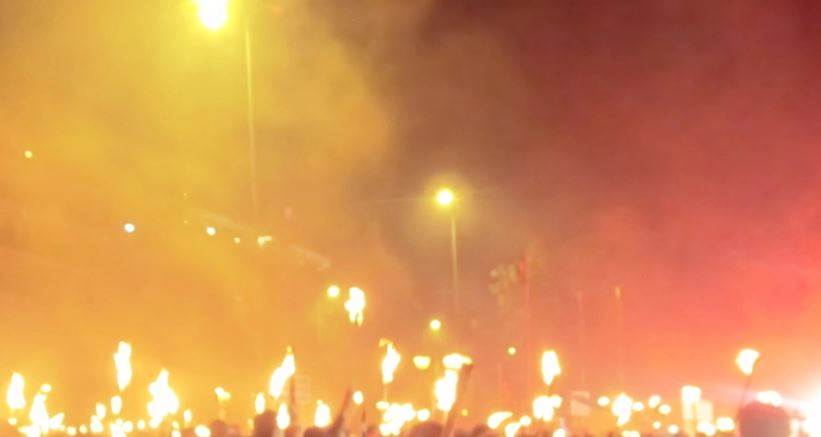 Extremism Is What We Will See Post Corona Lockdown

Throughout the lockdown, I've been annoyed by a steady idea. As I sit inside and read the news; as I switch back and forth among cooking and takeaways; as We adventure outside into the socially-removed lanes; and as We tune in to analysts catastrophize about lockdown Britain, it is there. The idea is straightforward: consider the possibility that this – the constrainment and the dread and the disarray and the ever-rising passing tally – imagine a scenario where this is the acceptable part.

Valid, we are stuck inside, however the platform of our reality appears to be identical, regardless of whether we are not permitted to move about in it. What happens when the opportunity arrives to restart? When the shops at long last revive what number of will in any case exist? Furthermore, and still, after all that, what number of will have the option to endure the diminished custom that will definitely result from individuals now careful about congregating in generally packed spots?

What will occur as the months wear on and we need to begin paying for this? What will befall expansion as trillions are siphoned into the worldwide economy? What's more, what will individuals say and do when they no longer have employments? When they can't pay their lease or home loan? Also, when they are more unfortunate and more wiped out and angrier?

As far as the economy: well, a considerable amount, it appears. As per the Bank of England, GDP could fall by 25 percent in the second quarter of this current year. For 2020 in general, the economy could recoil by 14 percent. Joblessness is anticipated to dramatically increase to around 9 percent. To put it plainly, our economy will appear to be identical yet be reduced, its edges sanded down. The Economist considers it the '90 percent economy'.

I'm not a market analyst however; what I do is watch society – especially its most risky components. As I have composed already, the pandemic has been a present for society's generally insult and extraordinary; proselytizers of each stripe have made feed while the crown sun has sparkled. They have exploited our dread and disarray in a wellbeing emergency – envision what they will do when the probable decimating financial emergency hits.

In the last money related emergency in 2008 the banks nearly flopped yet the economy despite everything moved. Individuals went to eateries and bars, they purchased frozen yogurt and lipstick and iPads, and web based life was still in its earliest stages. Presently we are totally stuck inside, and each oddball with a complaint can communicate it to the world.

Which carries us to the stub. JM Berger's social personality hypothesis of fanaticism contends that radical belief systems are established in an 'emergency arrangement build' where 'in-gatherings' confronting what they accept are existential emergencies figure they must be explained through radical, supremacist and regularly rough methods. To perceive how it influences us now, we need just gander at two of the present most undermining radical philosophies: Jihadism and the extreme right.

As the analysts Milo Comerford and Jacob Davey of the Institute for Strategic Dialog (ISD) have noted, Jihadism depends on a supremacist vision of Islam committed to building up an Islamic state administered by the strictest Sharia law.

There is a strict obligation to vanquish unbelievers. The extreme right, in the interim, is established in ethnic, social, or national supremacism, for the most part, intended for building up an ethnostate. Psychological warfare is an acknowledged method by which to hurry cultural breakdown.

At this moment, the extreme right is flooding web based life with posts about 'elites' – like Jeff Bezos, the Rothschilds, George Soros and Bill Gates – and the 'underground government', the two of which they fault for causing the pandemic.

As indicated by Chloe Colliver of ISD, the size of this is 'humungous'. Jihadist bunches like the Somalian Al Shabaab, in the meantime, guarantee that coronavirus is being spread 'by crusader powers… and the doubting nations that help them'.

Coronavirus has turbocharged the emergency arrangement nexus. At the point when I trawl the talk sheets and the Jihadi flag-bearer bunches obviously they are getting ready to abuse the financial emergency to come. Who is to be faulted for our pickle? They inquire. Different, comes the close to the widespread answer.

As Comerford notes, 'emotional financial movements are consistently co-selected by fanatics to lay fault at the entryway of explicit gatherings - principally minorities - bringing about conspiratorial, disdainful or even brutal outcomes.'

This is as of now occurring. At the present time, be it by their boss or the legislature, a great many people are as yet getting paid. No significant organization has fizzled; the business sectors have revitalized, and we aren't yet in the grasp of expansion or a downturn.

In any case, it's coming. At the point when the lockdown parts of the bargains will start, and not simply monetarily. We should be prepared, or as a general public we will address a substantial cost in fact.