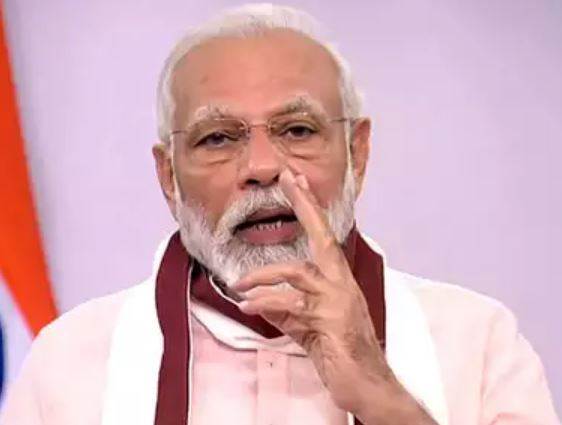 Prime Minister Narendra Modi on Tuesday announced a special economic package of Rs 20 lakh crore for people and small-medium enterprises affected by the lockdown implemented to prevent coronavirus infection. However, it also includes the financial assistance given by the government and the relief given through the decisions of the Reserve Bank. This package is around 10 percent of the country's GDP.

In his address to the nation, the Prime Minister gave a new slogan of 'Self-reliant India' and said that the time has come when the country has to become self-reliant and for this, every class has to play its role.

Localism will have to be emphasized to move in this direction. That is, the local has to be vocal. According to him, the campaign for self-sufficiency would hinge on five pillars: economy, infrastructure, system, vibrant democracy, and demand.

At the same time, he clarified that self-reliance does not mean breaking the connection with the world. On Wednesday, Finance Minister Nirmala Sitharaman gave detailed information about a part of this package as to what sector will get from it.

He informed that micro, small and medium enterprises (MSME) will be given a loan of 3 lakh crore. This loan will be for 4 years and 100 percent guarantee-free.

To overcome the liquidity problem of non-banking financial companies, a special liquidity scheme of Rs 30,000 crore will be started. 90,000 crore rupees will be given to promote the power generating companies of the troubled states. Discom i.e. power distribution companies will also benefit from this. Government will deposit 24 percent of the salary of employees with less than 15 thousand salary in their PF.

He also reiterated the need to take the country towards self-sufficiency through these steps. Actually, it has become clear that in this era of Corona, every country has to raise its economy structure afresh. They will need mutual support, but the return of relationships like globalization is probably not possible now.

Anyway, many countries including the US had already started adopting protectionist policies. In the current situation, one cannot expect too much from the external market or capital. So we have to recognize the possibilities inside us and make ourselves stronger from within.

Our strength from the beginning has been rural cottage and small scale industries. It is a good thing that the Prime Minister underlined their potential and said that self-sufficiency can be achieved only with the help of MSMEs.

The Vocal for Local campaign is expected to give new energy to Modi's 'Make in India' campaign. This has been his government's dream project but it could not achieve the expected success. It is possible that it can now take place. The industry has welcomed the PM's announcements. Expect that every class will benefit from this.