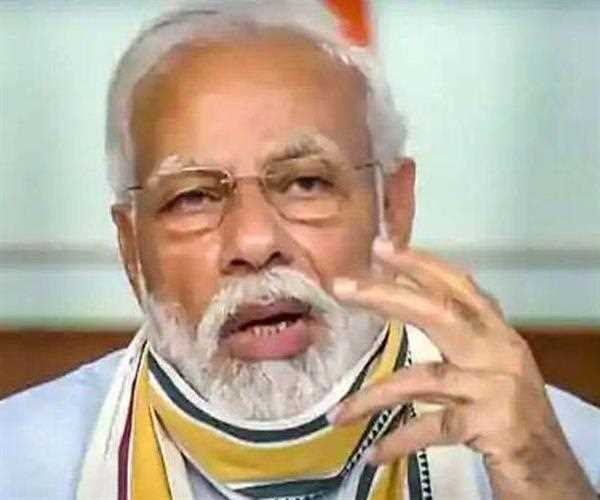 In the global fight against Covid-19, India is showing the way to the whole world, the biggest reason for this is that the leadership of the country is in the hands of such a strong personality like Narendra Modi who not only implemented full lockdown in the country on time, but Physical distancing and the honor of Corona Warriors also made the mantra of the public mind.

The Coronavirus is controlled to a large extent in India with a population of 130 crore due to strict decisions and all-round measures of relief.

The world has accepted that India has emerged as an example in the war with Corona. The quick decision taken by Prime Minister Modi on the Corona crisis is enough to show that now India believes in not only avoiding problems but in meeting challenges.

In early April, where we depended on other countries for PPE kits and N-95 masks, today almost two and a half million PPE kits and more than two lakh N-95 masks are produced. Very soon India will overtake China in the production of these things.

Initially, while experts were expressing concern about the lack of ventilators, today there is no shortage of ventilators. By April, more than half a million isolation beds had been prepared in the country. Now sufficient ICU beds are also ready so that any challenge can be easily dealt with. At present, railway coaches at 215 stations have been erected for Corona Cares. These arrangements show how in a short time India has upgraded the health infrastructure according to need.

India is a developing country full of diversities. Creating mechanisms for large-scale relief operations and tracking and testing in such a large country is a big challenge in itself, but the Prime Minister has the skill to deal with it. That is why, at the end of March, all the concerns were being expressed about low testing, now the test has crossed the 15 lakh mark.

India has also succeeded in keeping the death rate constant. India also lags behind South Korea, China, Russia, and the US in terms of mortality. Not only this, but six out of eight states in the Northeast have also become infection-free. Goa is also Covid-19 free.

The recovery rate is steadily getting better. It has crossed 31 percent. This shows that we are moving in the right direction in the fight against Corona.

Along with the Prime Minister, Narendra Modi is also the originator of the emerging new India and the pioneer of social consciousness, on whose call the Swachh Bharat Abhiyan becomes the mission of the country, Beti Bachao-Beti Padhao becomes the core of society.

Similarly, in the war with Corona, he has shown a new path to the society, whether it is a public curfew, respect of health workers or to show solidarity in the decisive battle by lighting lamps.

India has emerged as a leader in the fight against the coronavirus only because of Narendra Modi. His personality is teaching the world the lesson of service, dedication, sacrifice, and liveliness in this hour of tragedy. Yugpurush Narendra Modi is not only the Prime Minister of India but also our great hero.